On the volcano of Marapi there was a phreatic eruption 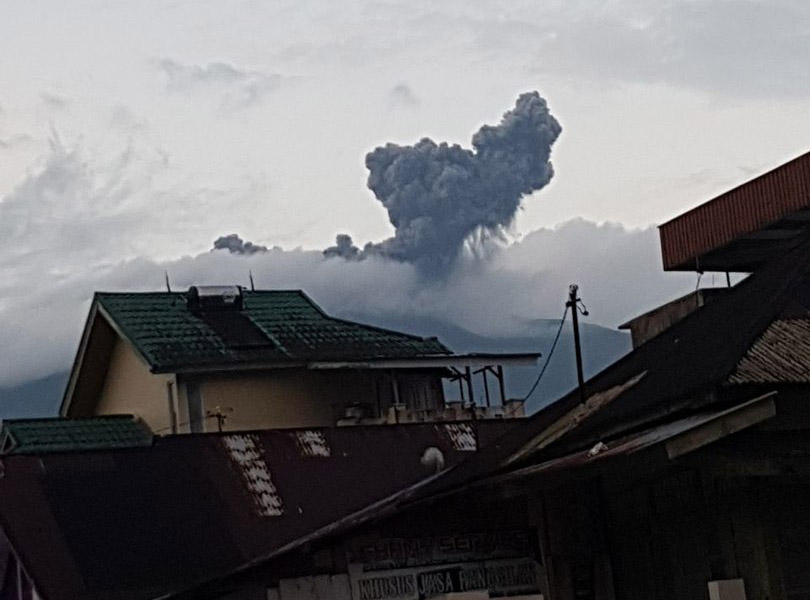 On the Indonesian island of Sumatra, an eruption of the Marapi volcano occurred.

A phreatic eruption occurred on the Marapi volcano. The volcano threw black volcanic ash 300 meters high. There is no danger. The notification status is at level 2. Within a radius of 3 km there are no settlements. There is no need for evacuation. People are advised to remain calm.

Recall, the last time the volcano Marapi was reminiscent of himself on June 4, 2017. Then the volcano made a series of explosions, accompanied by a train from 300 to 700 m.

Marapi (Ind. Gunung Marapi) is an active volcano in Indonesia, on the island of Sumatra, at the northwestern tip of the Barisan Range. The height of 2891 meters. Since 1800, more than 40 eruptions have been recorded.

May 17, 1901 astronomers from all over the world observed in the area of ​​the volcano Marapi a total solar eclipse. In honor of this event was named the asteroid (536) Marapi, discovered in 1904 by the expedition member George Peters.