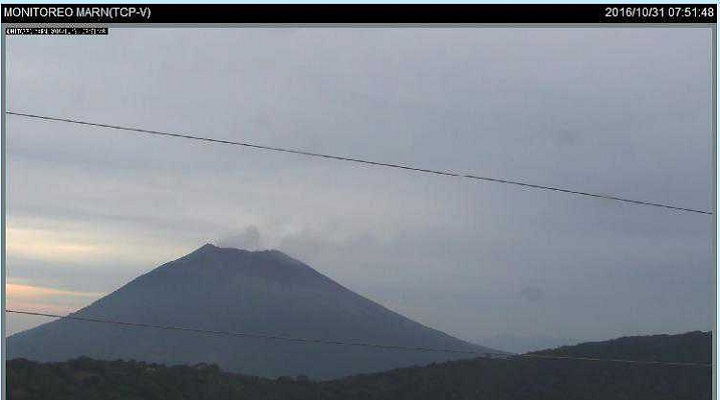 In its special report, the Ministry of ecology and natural resources of El Salvador notes that, since October 31, on the volcano of San Miguel, significantly increased the activity. From the early hours of Monday at the top there was a strong increase in volcanic tremor, which is accompanied by small pulses of gas emissions. Seismic vibration averages from 176 to 262 units RSAM / hour, while the norm is 150 units.

According to experts of the Ministry, the increase in the activity of San Miguel is associated with the rise of the gas inside the volcanic structure. Visual surveillance cameras record the emissions of gray gas rising from the crater at 100-150 meters. Emissions of sulphur dioxide range from 600 to 1011 tons per day, which is typical for an open magmatic system.

The Ministry of environment continues to monitor the volcano and encourages tourists and locals not to approach him. The following report on the activities of the giant is scheduled for November 7, but in case of emergency and the likelihood of the eruption of the public will be presented a special report.