One drop of cold water can cause a downpour 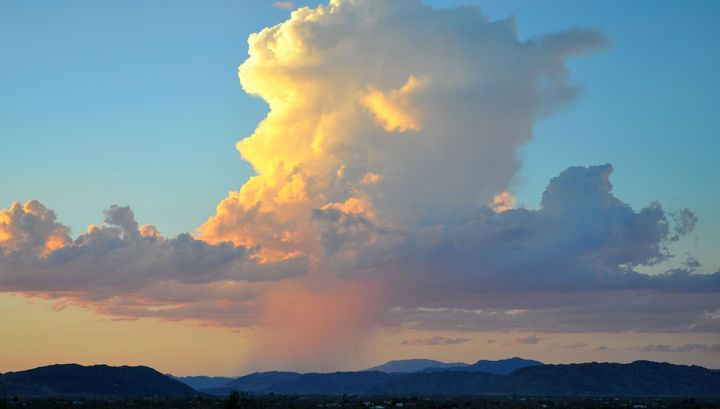 In the forties of the last century, scientists conducted an experiment during which they could cause a shower, dropping pieces of dry ice into cumulus clouds. But until now the mechanism of this phenomenon remains unclear.

Now Prashant Prabhakaran from the Institute of Dynamics and Self-Organization. Max Planck and his colleagues created an artificial cloud and found that the drop of only one drop of cold water triggers a chain reaction with the formation of new drops.

In real clouds, water droplets usually grow, adhering to the smallest aerosol particles, which are dust, ice crystals and even bacteria. But Prabhakaran and his colleagues were able to simulate a system in which liquid droplets under high pressure can grow on their own without the need for any aerosols. This greatly simplified the task of making a small cloud in the laboratory.

For the experiment, scientists used a box with a heated bottom and a cooled top cover. This was necessary to create a temperature difference between the lower and upper layer of four degrees.

In addition, to recreate the atmospheric processes on earth, the researchers conducted a number of chemical manipulations. In particular, the role of air inside the box was played by helium gas, and sulfur hexafluoride was used instead of water. Like atmospheric moisture, this substance can be both liquid and vapor, but forms droplets at a lower temperature and pressure than water.

As a result, a model of the water cycle in nature was recreated inside the box. At the bottom appeared a small pool of liquid sulfur hexafluoride, which was partially evaporated and vaporized as a cloud in gaseous helium. On the cold lid sulfur hexafluoride condensed into droplets, which broke and fell down, flying through the gas.

Observations of the created model showed that the falling drops cooled the warmer environment and caused the formation of a large number of microdroplets. This was done on the same principle as the appearance of condensation on the cold surface in contact with warm air.

According to scientists, this model, described in the journal Physical Review Letters, can explain some atmospheric phenomena when a shower starts in a matter of seconds, as if someone opened a tap in the shower. Under certain conditions, the smallest drops of water in the clouds can merge into fairly large formations. If such drops fall into the ascending air currents, they rise to cooler layers and then break down, provoking the mass creation of new drops.