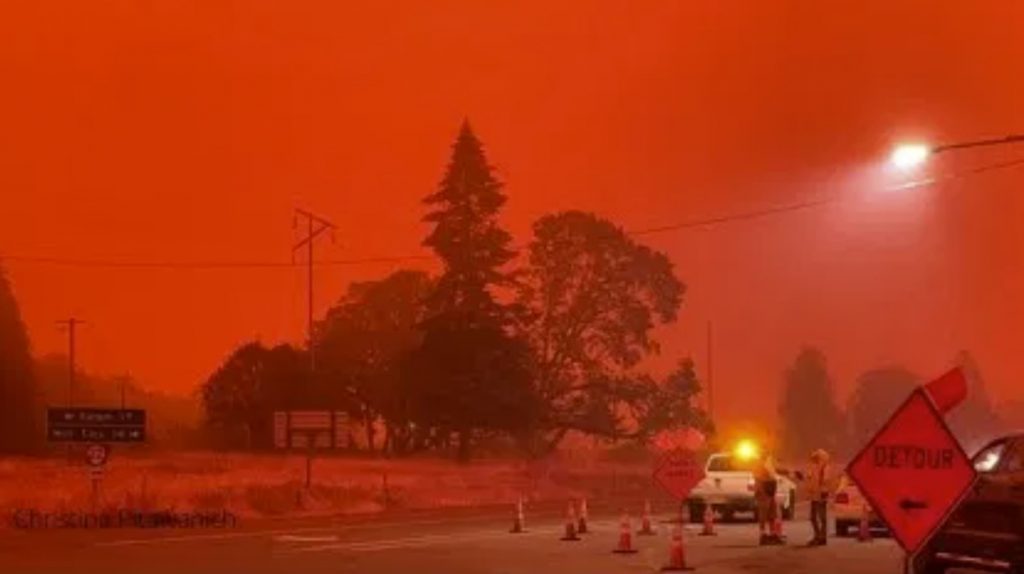 An outbreak of wildfires spread across Oregon and thousands of people were ordered to evacuate. Fires in western Oregon are so apocalyptic that the sky has turned blood red.

Oregon fire officials say they have never seen conditions so favorable for devastating fires, and that it may be weeks before they can put out the fire:

Thousands of Oregon residents were evacuated from their homes on Tuesday as conditions sparked a spike in wildfires that government officials said are unprecedented.