Outbreaks on the Sun can lead to an economic disaster 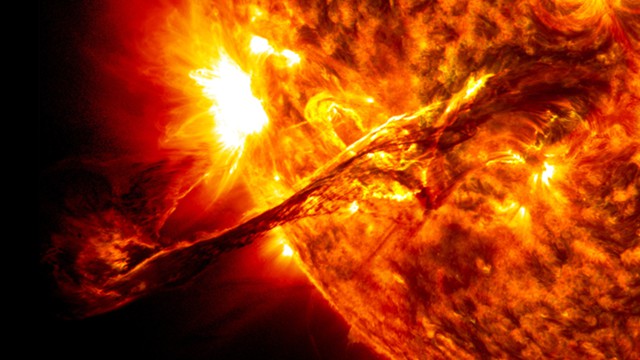 The magazine Space Weather this week published a sobering report. Of the four scenarios considering the economic impact of storms on the Sun, the mildest assumes daily US economic losses of $ 6.2 billion, or 15% of daily income. In the worst case, losses could reach $ 41.5 billion.

So what can lead to this? Something like a huge explosion on the Sun, similar to “thousands of nuclear bombs exploding simultaneously,” what happened on March 10, 1989, according to NASA. As a result of the explosion, a huge cloud formed from the solar plasma, which rushed to the earth at a speed of millions of miles per hour. When it reached Canada, the entire Quebec power system was out of order, leaving 6 million people without power for 9 hours.

The annual assessment of the World Economic Forum on Global Risks, published last week, characterizes extreme weather events as the most likely risk for the entire world and the second most affected risk after detonating weapons of mass destruction.

According to the national environmental information centers, weather disasters cost the US economy $ 46 billion last year, and along with events worth $ 17 billion, it made 2016 the second most expensive year since 1980. The greatest damage was caused by floods, including hurricane Matthew “and the August flood in Louisiana. Each of the events caused damage of $ 10 billion.

Nevertheless, storms on the Sun can lead to an economic catastrophe. GPS systems, satellite services and electronic communications systems are under threat due to solar flares, known as coronal mass ejections.

But the most vulnerable assets of the planet are national energy networks, since there is a risk that voltage surges overwhelm transformers – expensive equipment, which is rather difficult to replace. Changes in the Earth’s magnetic field disable large high-voltage transformers, which require at least five months to assemble and transport.

Studies published last month by the Cambridge Center for Risk Studies suggest that storms in the Sun can lead to losses from $ 140 billion to $ 613 billion in the global economy in five years, depending on the severity of the consequences. The world without power supply against the background of transformers that were out of order would plunge into economic stagnation.

Such high-value assets are not easy to provide and replace in the short term. Simplifying these critical assets can cause system failures, leading to a cascading failure in the electricity system and then affecting the entire infrastructure associated with this: transport, digital communications and our vital public health systems.

This week, the magazine Space Journal focused on possible shocks after the storms on the Sun: 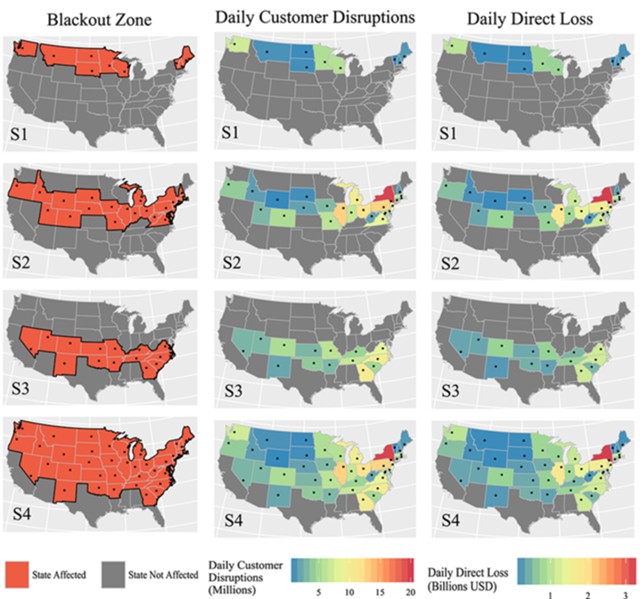 You can not prevent or suppress outbreaks on the sun. But it is possible to increase funding for early warning systems, such as the Space Weather Forecasting Center in Boulder, Colorado.

The UK Met Office opened its own weather forecast center in 2014, receiving additional money from the government. In November, Europe completed a program to coordinate the collection of data from almost 20 institutions to improve the quality of the projected forecasts.

You can also launch more satellites specifically designed to observe storms on the Sun. Last month, European ministers agreed to finance the design phase of the proposal of $ 478 million, in order to set up a satellite for flares on the Sun in addition to the space equipment already sent into orbit. However, the spacecraft will not fly out until 2023.