Over 5,000 dead seal pups washed up on a beach in Namibia 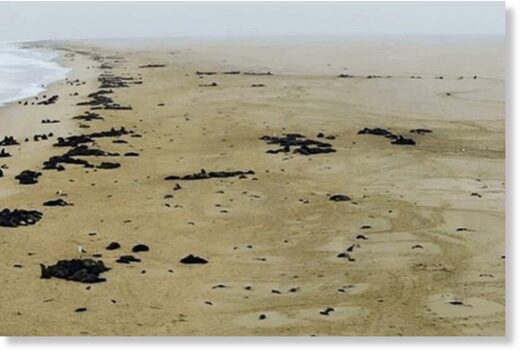 The beach at Pelican Point in Namibia is covered in more than 5,000 dead seal pups, Ocean Conservation Namibia (OCN) said in a report.

“We are on the brink of disaster. Literally thousands of baby seals are born prematurely and die almost immediately, ”OCN said.

“This is a natural phenomenon – it means that when a pregnant female feels that she has insufficient reserves, she can discard the fetus. It happens every year, but never on this scale! ”

Seals give birth in mid-November, but pre-born baby seals can sometimes be seen in October. Premature seal pups cannot survive. They are too young and not fully developed yet.