Over 50,000 households affected by flooding in southern Thailand 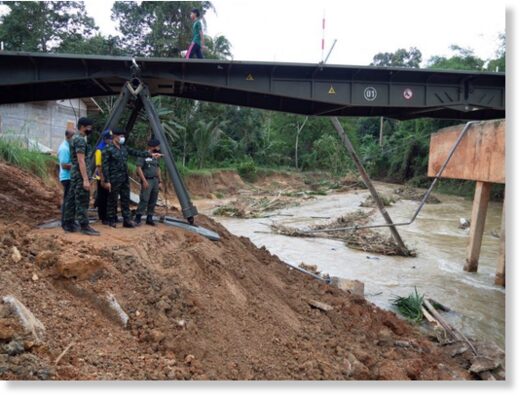 The flooding began on January 4 after heavy rain from the northeast monsoon and low pressure areas off the coast of Peninsula Malaysia, where thousands of people have also been affected by flooding since the beginning of the year.

According to the Thailand Meteorological Department, in the 24 hours before January 5, 141.9 mm of rain fell in Yala and 71.7 mm in Narathiwat.

According to Thailand’s Department of Disaster Prevention and Mitigation (DDPM), 58,497 households in more than 30 counties were affected, of which 907 were displaced.