Over 700 lightning flashes were recorded in the sky above Oakland 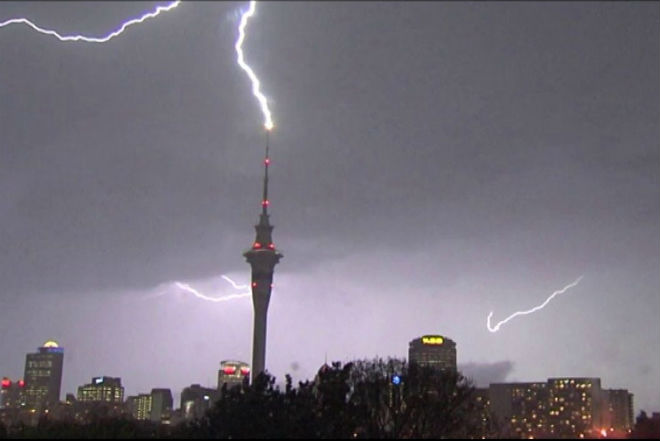 In the sky above Oakland during a severe thunderstorm on Thursday, July 6, more than 700 lightning strikes were recorded, the NZ Herald reports.

According to meteorologist MetService Turo Marsters, the city was lit by 701 lightning flashes, accompanied by loud thunder.

A powerful storm covered the city in rush hour. As a result of difficult weather conditions, the movement of the transport was violated, houses and shops were flooded. Bad weather also made adjustments to the operation of the air harbor.

In social networks, there are also impressive footage on which you can relate how powerful lightning struck the highest building of the city Sky Tower.