Over Antarctica there was a huge ozone hole 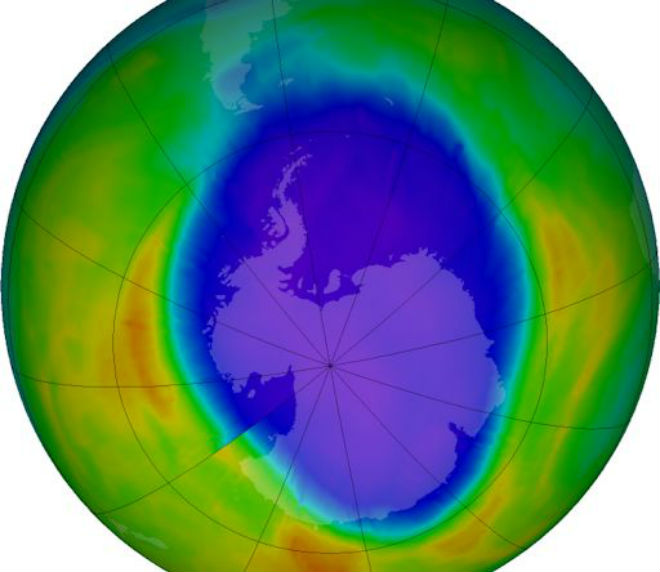 High above the Earth, a layer of ozone surrounds our planet, absorbing energy ultraviolet rays from the Sun. This, in fact, “sunscreen” for the planet Earth. Without an ozone layer, we would daily “bathe” in dangerous radiation.

For more than 30 years, the Montreal Protocol has been regulating the emissions of ozone-destroying chemicals, allowing the Earth’s ozone beams to heal and contract. But on the horizon there were new problems. An international team of researchers, led by David Oram of the University of East Anglia, discovered an unexpected growing danger to the ozone layer from the release of substances not regulated by the treaty.

The danger comes from a class of chemicals known as “chlorocarbons.” An example is dichloromethane. It is used for the cleaning of paint, agricultural fumigation and the production of pharmaceuticals. Over the past decade, the amount of dichloromethane increased by about 60%. “This was a big surprise for the scientific community, we were trying to discover the cause of this sudden increase,” says Oram.

The source of the release of the substance is the developing countries of East Asia. “According to our estimates, China can be responsible for about 50-60% of the current global emissions of dichloromethane, and other Asian countries, including India, may also be significant issuers,” the scientist said.

Dichloromethane and similar chemicals were not regulated by the Montreal Protocol because they were considered too weak to reach the ozone layer. Nevertheless, East Asia has a special treatment character, which can quickly promote these chemicals skyward and very quickly. This is a two-step process: cold air waves in East Asia quickly transfer industrial pollution to the tropics.