Sunday August 14, seismic service Wellington VAAC received satellite images of the active crater lake in one of the calderas of the volcano on Aoba, Vanuatu. In the photos it is clearly seen that over the pond rises a column of ash and steam to a height of approximately 300 metres.

The cause of this phenomenon was not reliably established. Because of the remoteness of the giant civilization of the monitoring of his activities are only possible by satellite instruments. Experts have two opinions – either in the Caldera began volcanic activity, or there has been a phreatic (steam) explosions. 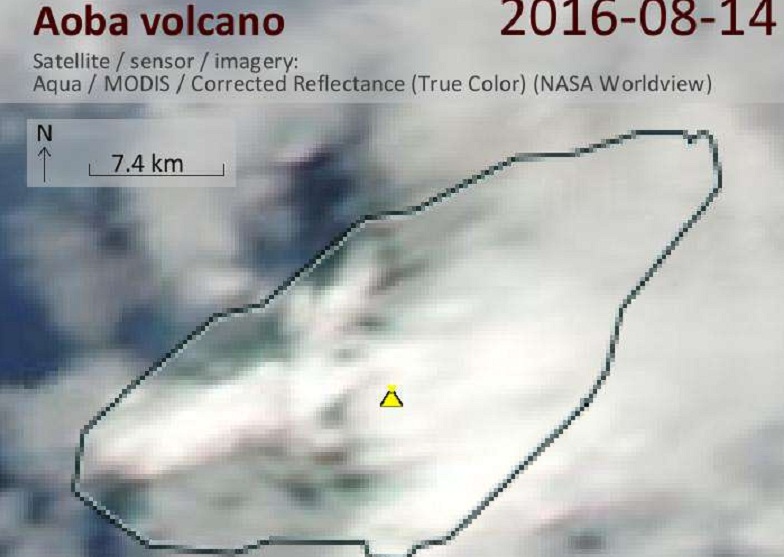 Aoba volcano is on the island, Both in the province of Panama and is a set of several nested calderas, filled with three lakes. The last time the giant erupted in 2011. It is known that the explosion in the XVIII century completely destroyed the entire population in the Western part of the island.

According to the international centre for Geohazards, Aoba is one of the most dangerous in the archipelago of Vanuatu, as still retains the ability to calderoniana.