Over the past 6,000 years more than half of the European forests have disappeared 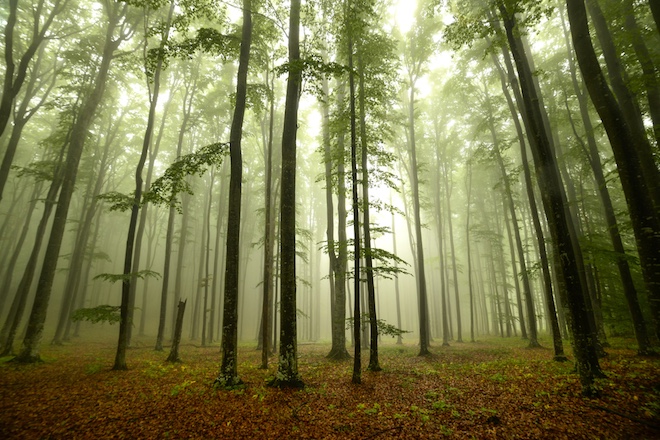 More than half of Europe’s forests have disappeared over the past 6,000 years as a result of increased demand for agricultural land and the use of wood as a source of fuel, according to a study conducted by the University of Plymouth.

An analysis of pollen from more than a thousand different areas showed that more than two thirds of Central and Northern Europe were once covered with trees. Today they cover about a third, although in the western and coastal regions, including Great Britain and Ireland, the reduction is much more significant. In some areas, the forest area has decreased to 10% and lower.

The situation began to improve somewhat due to the discovery of new types of fuel and construction methods, as well as to environmental initiatives such as the National Forest and Northern Forest projects, announced by the UK government in January.

“Most countries are experiencing a transitional forest period, and the UK and Ireland reached their forest minimum about 200 years ago. Other countries in Europe have not yet reached this point, and in some parts of Scandinavia, where there is no such dependence on agriculture, the forest still prevails. However, forest loss is the dominant feature of Europe’s landscape ecology in the second half of the current inter-glacial period, which has implications for the carbon cycle, the functioning of ecosystems and biodiversity, “said lead author Neil Roberts.

The study, which was also attended by specialists from Sweden, Germany, France, Estonia and Switzerland, was aimed at determining how the nature of European forests has changed over the past 11,000 years.

Scientists have combined three different methods for analyzing data on pollen taken from the European Palynological Database, and determined that the area of ​​forest cover increased from 60% 11,000 years ago to 80% 6,000 years ago. However, the introduction of modern farming methods during the Neolithic period caused a gradual decline, which accelerated towards the end of the Bronze Age and continued to this day.

According to Professor Roberts, this is one of the most astonishing moments of the study, since forest felling can be considered a relatively recent occurrence, but 20% of England’s forests disappeared by the end of the Bronze Age 3000 years ago.

“About 8000 years ago, the protein could travel through trees from Lisbon to Moscow, without touching the ground. Some may regard the loss of the forest as a negative phenomenon, but some of our most valuable habitats are due to the release of space from the trees where the grass grew and the heathland was formed. Until 1940, many traditional methods of farming did not harm wildlife and created an environment for many creatures, “the scientist said, adding that the data can be used to understand the impact of future forestry initiatives on habitat changes.