Over the United States formed a giant ozone hole

As a result of the conducted studies, a group of scientists from the United States published a report in which it says that over the central part of the US in the summer, the ozone layer is thinning as a result of the action of chlorine dioxide, whose elevated content is recorded in the atmosphere over the Americas.

As a result of these processes, a giant ozone hole appears over the USA and because of this, the population of the country living in areas above which the thinning of the ozone layer is fixed falls under direct ultraviolet rays, which leads to an increase in the number of cancer diseases and other no less negative consequences for the organism of people. 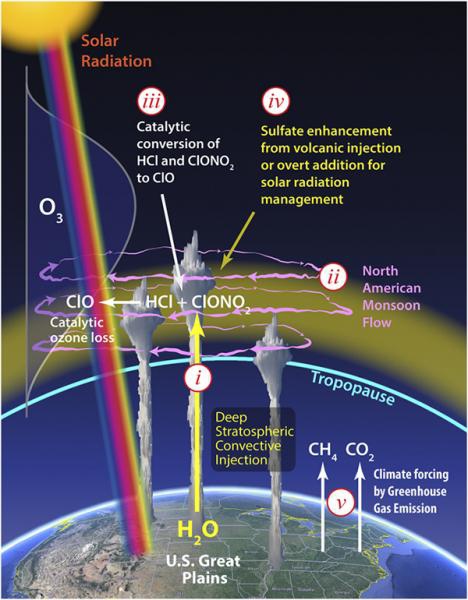 According to the forecast of scientists, this summer, a hole in the ozone layer over the US, will cause cancer, the victims of which will be no less than 100,000 people.

The study is published in the scientific journal Proceedings of the National Academy of Sciences.