Ozone anomaly is observed over Siberia 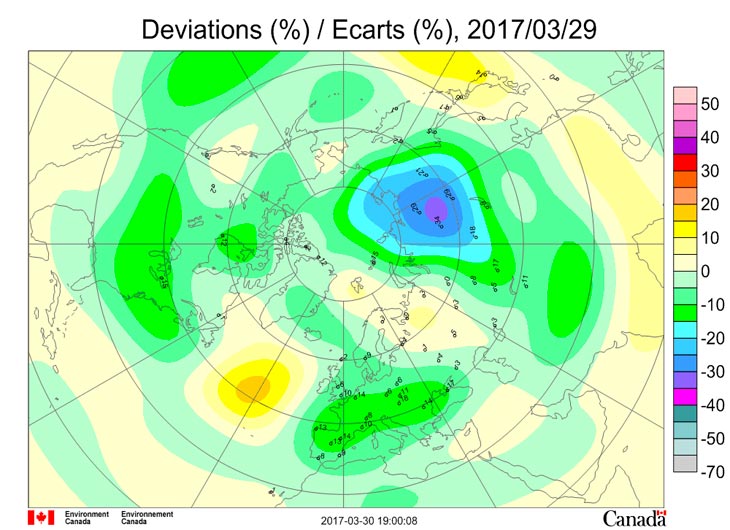 Roshydromet specialists closely follow the evolution of the anomalous ozone-depletion zone over Siberia, which was formed in the last decade of March. The area of ​​the ozone anomaly is about 2.2 million km 2, and near its center – in the north of the Krasnoyarsk Territory – ozone in the atmosphere column is almost 35% less than it should be according to the climatic norm.

Due to the weakening of the protective properties of ozone, the ultraviolet irradiation (UVB) of the territory with an ozone depletion today exceeded the climatic norm by 2 times.

Meteorologists assure that the atmospheric anomaly in March is not dangerous to human health: because of the low altitude of the Sun in the northern latitudes in the zone of the anomaly of the OSO, the UV index values ​​do not exceed 3 units.