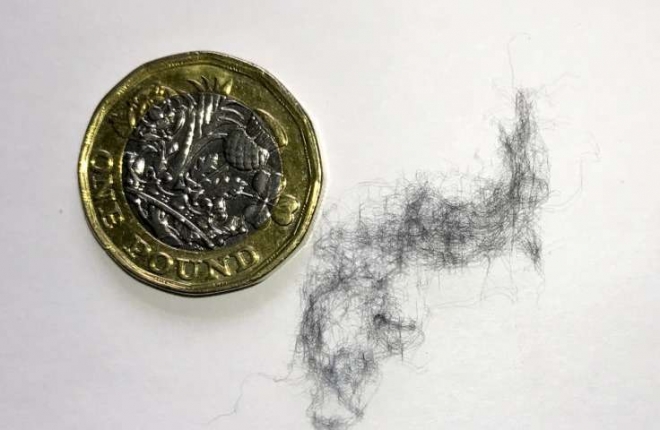 The level of microplastic particles accumulating in the Antarctic is much higher than expected, the team of experts warns.

The Antarctic continent is considered relatively untouched and free from pollution in comparison with other regions. However, new data from scientists from the University of Hull and the British Antarctic Service (BAS) showed that the registered levels of microplastic are five times higher than would be expected from local sources, such as research stations and ships.

Microplastic is a particle with a diameter of less than 5 mm, which are present in many household items, such as toothpaste, shampoo, shower gels and clothing. They can also be the result of the destruction of plastic debris in the ocean.

A new study indicates a greater likelihood of plastic penetration from across the region through the Antarctic Circumpolar Current, historically considered almost impassable.

“Antarctica is considered an isolated, untouched desert. Its ecosystem is very fragile and at risk from pollution: whales, seals and penguins consume krill and other zooplankton as a major component of their diet. Our research underscores the need for coordinated efforts to monitor and assess the level of microplasticity around the Antarctic continent and the Southern Ocean, “said lead author Dr. Katherine Waller, an expert on ecology and marine biology at the University of Hull.

The Southern Ocean occupies about 8.5 million square miles and is 5.4% of the world’s oceans. The region is increasingly threatened by fishing, pollution and invasive species, while climate change leads to rising sea temperatures and ocean acidification. Now, plastic waste was added to this list.

The microplastic enters the oceans through sewage and as a result of the destruction of plastic debris. It accumulates in surface and deep ocean waters and deep-sea sediments. Tests have shown that one shirt made from polyester and fleece can lose more than 1900 fibers per wash, while about half of the discarded plastic floats in seawater and can be disintegrated and destroyed by ultraviolet light. More than half of the research stations in Antarctica do not have wastewater treatment systems, the study says.

It is estimated that up to 500 kg of micro-plastic particles from personal care products and up to 25.5 billion fibers of clothing enter the Southern Ocean in a decade as a result of tourism, fishing and research. Although this is not very significant on the scale of the Southern Ocean, the researchers say that this can be significant on a local scale.

“Our understanding of the sources and fate of plastics in these waters is at best limited. Given the small number of people present in Antarctica, direct entry of microplastic from wastewater is likely to be below the detectable limits in the scale of the Southern Ocean. Nevertheless, the disintegration of larger plastic fragments and the penetration of debris into the Southern Ocean through the polar front can be the main factors of a high level of microplasticity recorded in some sections of the open ocean, “said co-author Dr. Hav Griffiths.

According to scientists, their work represents the first step towards recognizing the presence of microplastics in Antarctica and calls for international efforts to monitor the situation while it is at the earliest stages.