People will die from hunger in 10 years 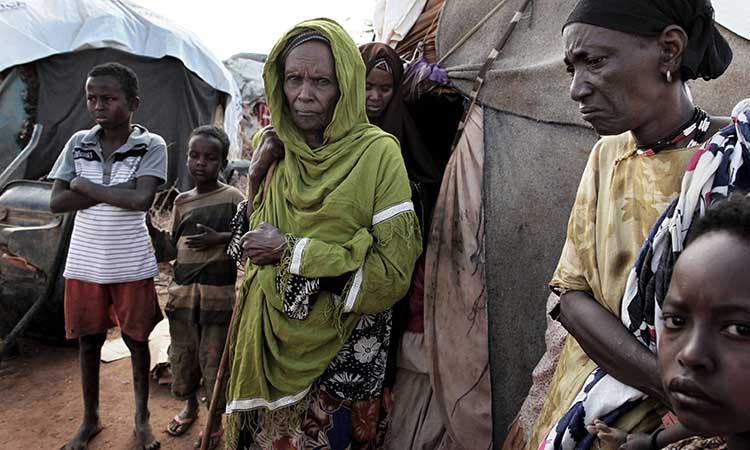 Despite the success of geneticists and agrotechnical, mankind faces mass starvation. The reason is likely to be global warming, which will cause drought, where is the bulk of the food. Moreover, the efforts of countries seeking to reduce greenhouse gas emissions are clearly inadequate.

In recognition of the international scientific journal Nature Climate Change, as disappears the possibility of limiting global warming to 2 degrees, increasing the voice of those who favor the decline in world growth and the introduction of green economy.

The scientists noted that past 2016 was the hottest since when did climate observations. The temperature in the Arctic was truly exceptional. In high-latitude regions of the Arctic was marked by prolonged periods of record heat, the article says.

However, the most affected continent is Africa, where due to global warming may be a sharp fall in yields of traditional crops.

Pessimism of scientists is that past climate change caused a sharp drop in the yield of several food crops, including corn. This is one of the key agricultural crops of the world and is especially popular in the developing countries of Africa. Created by scientists of the climate model showed that in the coming years, Africa and the entire Earth as a whole can expect a critical situation with access to the corn.

However, today on the continent there will be famines. According to the UN, a protracted drought in Eastern Africa has led to a severe shortage of food and clean drinking water. In six countries – Ethiopia, Kenya, Somalia, South Sudan, Uganda and Tanzania – the prices of basic agricultural crops, particularly corn, sorghum and other grains reached record levels. Due to overgrazing and lack of rainfall farmers have to slaughter the cattle. Experts fear that the acute shortage of agricultural crops will lead to a further rise in price of food. In Somalia compared to the previous season harvest of maize and sorghum decreased by 75%. The result of the 6.2 million inhabitants of this country, and almost half of the total population of Somalia are experiencing acute food shortages.

Some hope may lead to quick development of crop production and breeding, creating new varieties, resistant to drought. However, time is not on the side of scientists. The breeding of new varieties of maize requires 20-30 years, while global warming destroys crops today. Recently the world wildlife Fund (World Wildlife Fund – WWF) published a report which stated that by 2050, hunger could die before half a million people.

According to the UN, today in the world more than 800 million people live in extreme poverty and are starving. But at the same time, the population of the world annually emits more than 1 billion tons of food commodities for a total of $400 billion. This food could feed 870 million hungry people. That is, all those who are now undernourished.

Most of the food goes to the garbage in Europe and North America. Where each person throws away on average 115 kg of food. But in Africa, South and South-East Asia, the figure is 10 times less.

Hunger greatly changes the human psyche. As researchers found, adults who in childhood malnutrition, barely holding back emotions and more aggressive than those who spent early years in abundance.

According to experts, Russia closes the top five of the largest food producers in the world (larger volume, the US, China, India and Brazil).

However, the activities of scientists gives mankind hope for the future – developed a new method that can help in the fight against hunger. Experts from the University of Illinois created the technology that allows you to accelerate the plant photosynthesis, and this, in turn, is able to increase yield by 15-20%. In addition, the researchers intend to 2050 to increase the soil fertility by 70%. New methods of artificially increasing crop will help humanity to forget about the hunger.