Peru to suffer from severe frosts 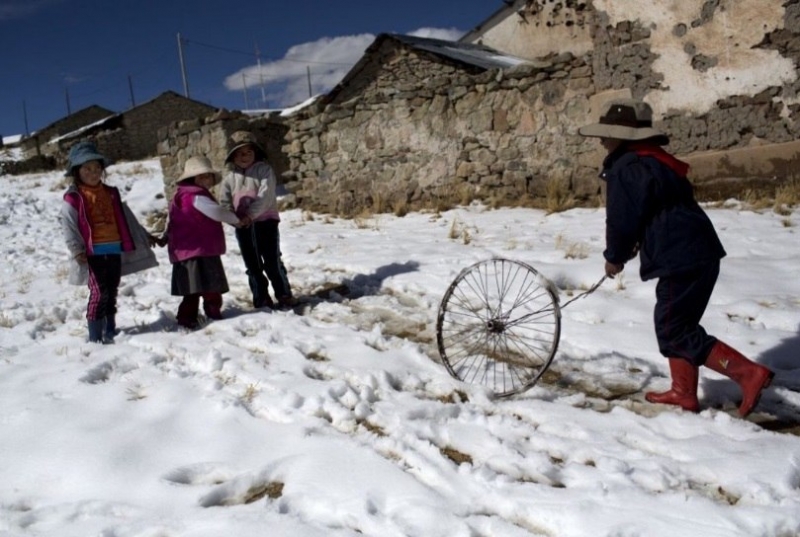 Hundreds of thousands of alpacas, llamas and other mining herbivores became sick and many of them die due to the unusually low temperatures in the Southern Andes of Peru. In Puno, the most affected from the cold region in the country, local authorities reported a particularly intense exposure to difficult weather conditions — killed 55 thousand animals.

According to William Morales cáceres, head of the Ministry of agriculture in Puno, a total of 279 thousand alpacas have suffered from temperatures that regularly fell to -23 °C and 30 llamas (which are less common in the area) and 370 thousand sheep. Animals that graze in the Alpine areas of the Andes, especially in Peru, Bolivia and Ecuador, used to the cold. But winter this year has been particularly severe in the South of Peru, snow covered pastures.

At the end of may in Peru declared a state of emergency due to the severe cold that continues in some regions today. Up to 48 children died due to pneumonia, occurred on the background of the weather. According to the forecasts of meteorologists, meteoitalia in Peru will not improve until September.