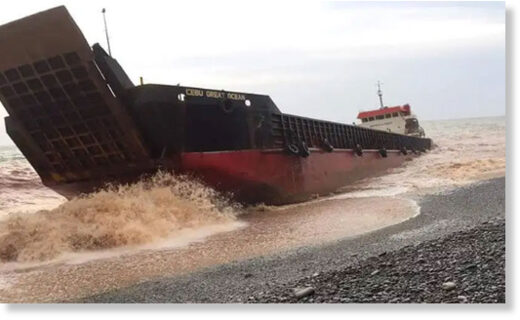 Four crew members of a cargo ship that ran aground in a typhoon in the Philippines were found dead on Wednesday, bringing the cyclone’s death toll to seven.

According to Coast Guard spokesman Armand Balilo, nine members of the Cebu Great Ocean freighter are still missing and seven have been rescued.

Search and rescue operations will not stop until all crew members have been found, Balilo said.