Phreatic volcanic eruption on the Indonesian island of Java 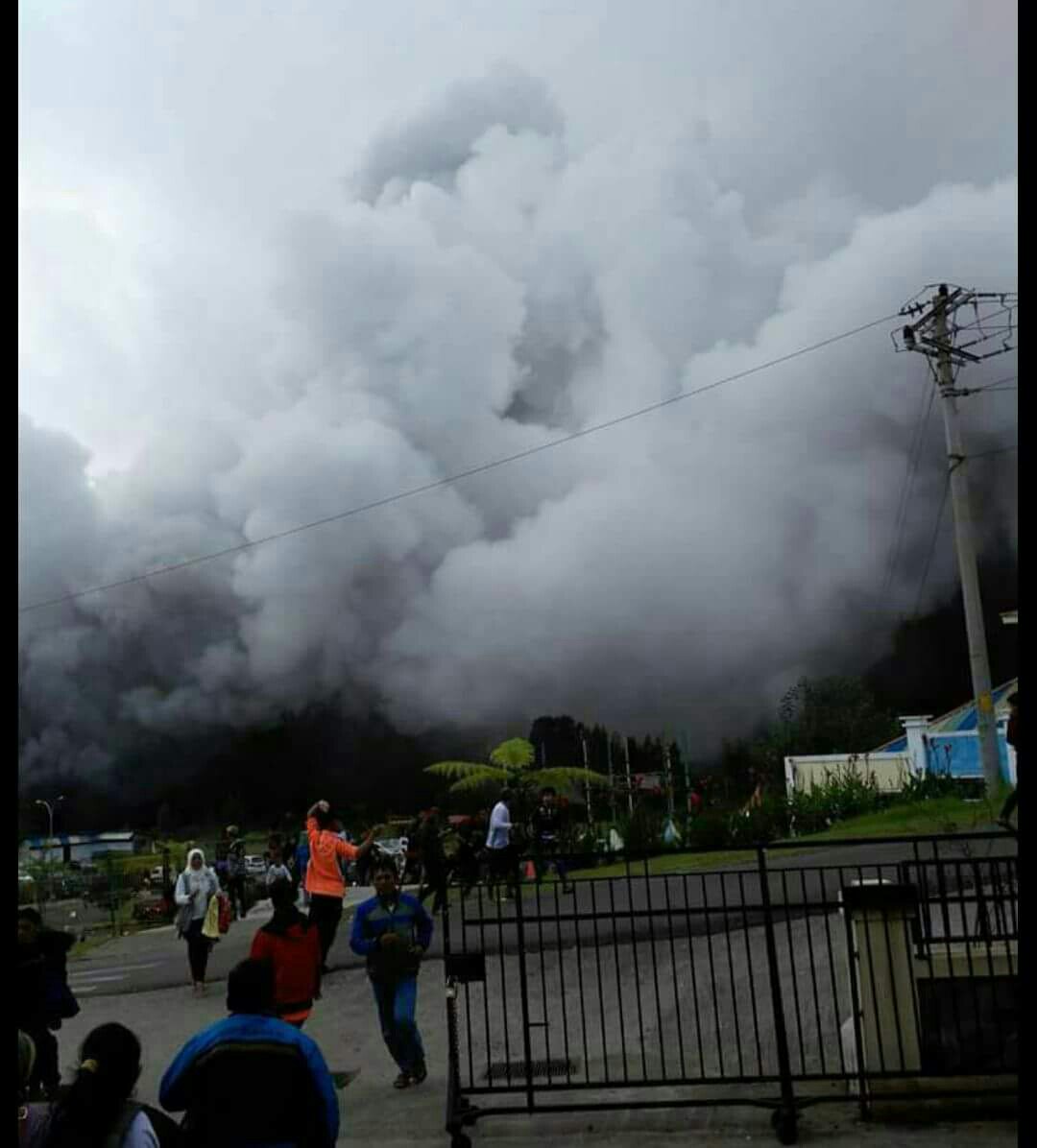 The eruption occurred on the Dieng Plateau in the Silery Crater. According to the latest information, more than 14 people were seriously injured. Basically it was tourists coming up to the crater at a distance of up to 20 meters, when there was a phreatic release. 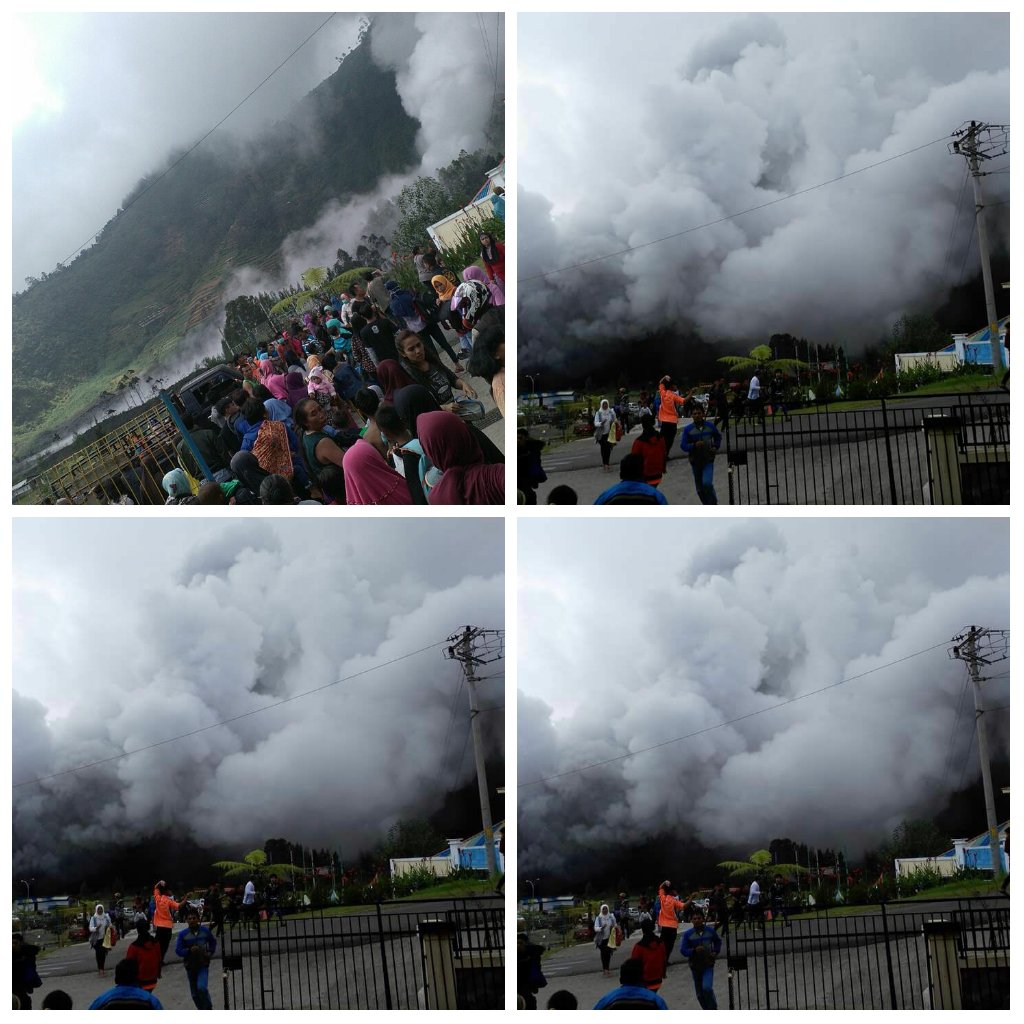 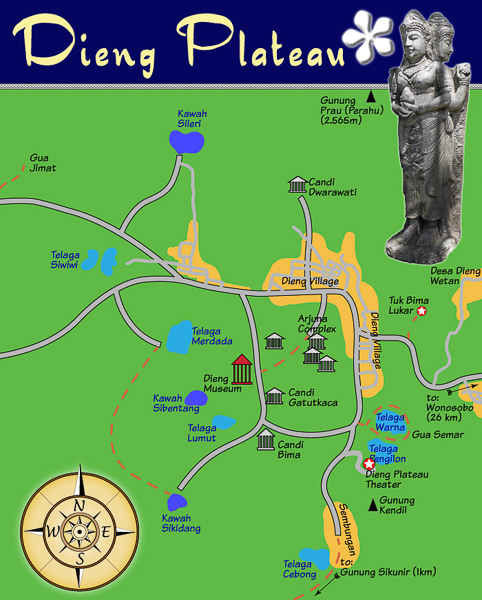 Plateau Dieng is the caldera of the oldest extinct volcano and is located at an altitude of 2100 meters above sea level.

The caldera is 14 km in circumference. Earlier in the territory of the caldera was a huge lake, then this lake dried up and local Indonesians, around the end of the 8th century built on this place a lot of Hindu temples (more than 100), only 8 preserved. The main temple is called Arjunatemple.

In addition, on the territory of Dieng Plateau there are active craters from which carbon dioxide is periodically and suddenly burst out. It is deadly dangerous for people who will be at this time near the crater. Therefore, some sections Dieng Plateau deserve the name – “Valley of Death.” There, suddenly, the locals die and nothing grows.