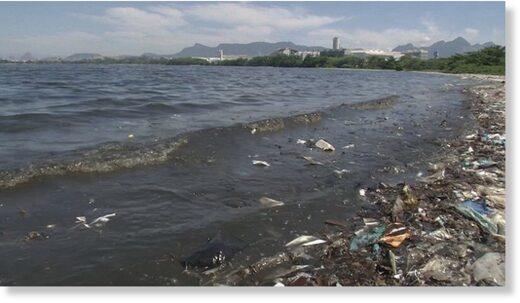 According to Brazilian environmentalists, some of Brazil’s beaches have been covered in “tsunamis” of debris, leaving once pristine coastlines completely littered with everything from plastic bags and bottles to children’s toys and dead fish.

While walking along the beach just 20 kilometers from the famous Copacabana in Rio de Janeiro, environmental activist Ricardo Gomes explained the gravity of the situation while trying to clean up some of the trash on Isla do Catalao.

“This is 8 million tons of plastic that reaches the ocean every year, strangling marine life and threatening human existence on the planet,” said Mr Gomez.