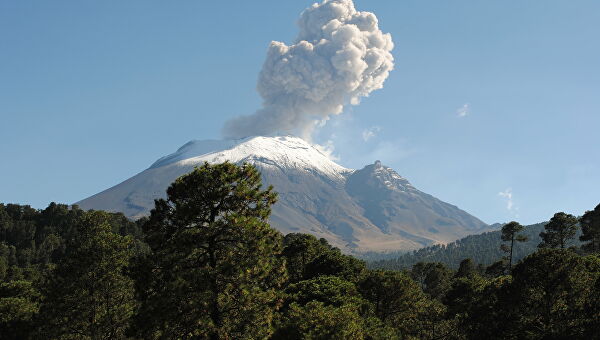 The active popocatepetl volcano has awakened in Mexico.

It is noted that due to ash emissions, a yellow level of anxiety has been declared a volcano in the country. In addition, there is an emission of volcanic gases “to a height of up to one kilometer, which are scattered towards the southeast, also glowing debris has been spotted within a radius of 900 meters”

The city of Mexico City, with a population of over 20 million people, is located northwest of Popocatepetl. The volcano is the second largest in the country. Its name translates as “steaming mountain.”