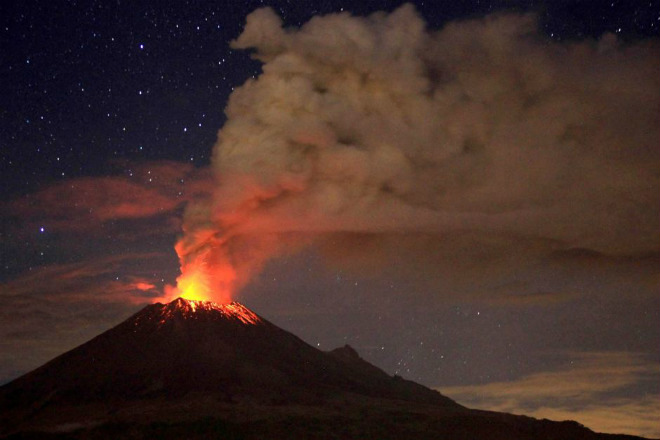 During the day, September 7, Popocatepetl produced 137 explosions, accompanied by a low level of steam, gas and ash. According to the latest data of the control body in the report of the Ministry of internal Affairs of the country during this period also registered three earthquakes.

Weather conditions in this period did not allow to observe the volcano continuously, but emissions of steam and gas stretched with the Western wind. Wednesday night glow was observed above the crater of the volcano.

Rescuers urged local residents not to approach the rampaging giants, especially to the crater, because of the danger of falling ballistic fragments. Announced the 2nd level of volcanic hazard in Amarillo. Recommended security radius around the volcano is located 12 kilometers.

Popocatepetl, located 55 kilometres South-East of Mexico city, the last time powerfully erupted in 2000, forcing thousands of people to evacuate from nearby towns.