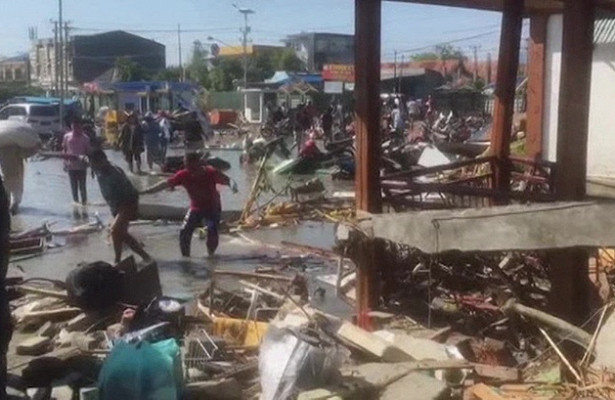 In Indonesia, where an earthquake happened a few days ago, which triggered a three-meter tsunami, according to seismologists, and according to eyewitnesses, is probably much higher, more than 170 aftershocks are observed by meteorologists.

The magnitude was 7.7, mainly affected the island of Sulawesi. The death toll exceeded 480 people, and more than 600 people were injured. The authorities notified the population of the tsunami threat in advance, but later canceled it.

The fact is that the instruments did not record the approach of the wave. At least so say the authorities of the country, but they are cunning, because the tsunami warning system and ocean-based network of buoys showed a sharp rise in water at the epicenter of the earthquake and tsunami alarm was announced, but for some reason almost immediately canceled. So what about the “not working devices” statement looks pretty strange.

The fate of dozens of residents who were preparing to celebrate a national holiday on one of the embankments of the city of Palu, which was most destroyed after the disaster, is still unknown.