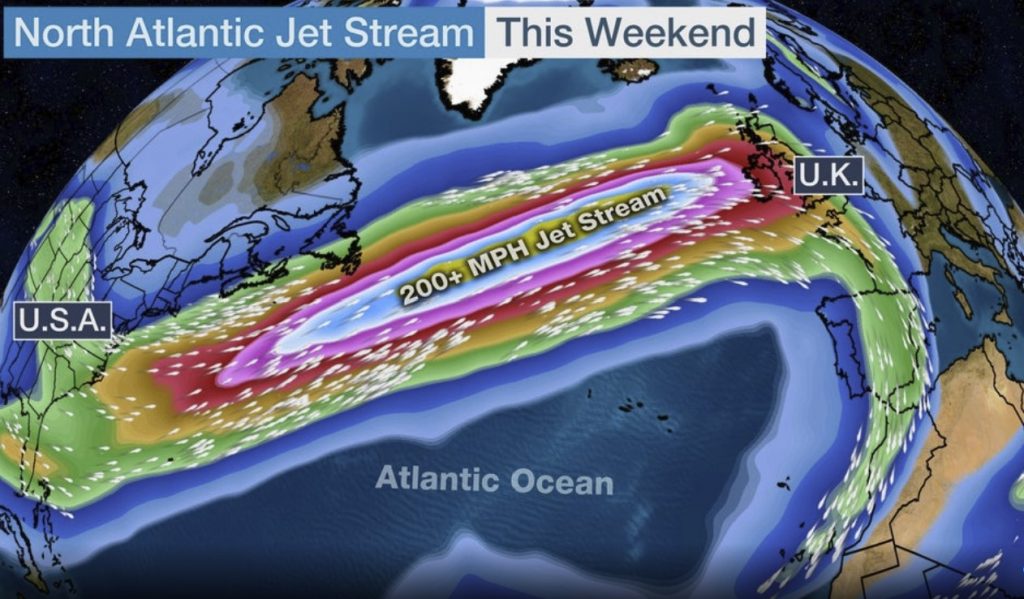 Destructive winds and massive waves from the Ciara storm, caused by a violent jet stream raging at a speed of over 320 km per hour over the North Atlantic, will hit Northwest Europe this weekend.

While a deadly storm currently affects half of the continental United States, the North Atlantic Jet Stream is currently leading to an intense storm, called the Ciara storm, in the direction of Ireland and the United Kingdom, which is projected to strike Saturday night on Sunday and spread further other parts of Northern and Central Europe on Monday.