Powerful dust storm from the Sahara engulfs Florida and the southeastern U.S. 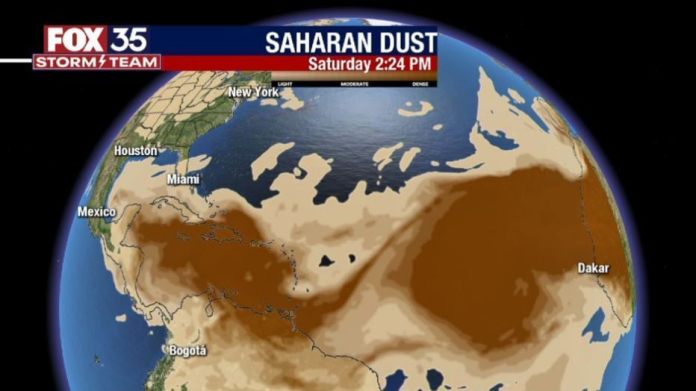 Weather forecasters predict the skies over Florida will turn orange and haze by midweek and remain so through Saturday.

Another dust storm from the Sahara is on its way. This latest storm comes a year after NASA recorded the largest dust storm in two decades of observations, dubbed “Godzilla.” In June 2020, Saharan dust blanketed the Caribbean Sea and even darkened the skies over several southeastern states.

According to NASA, about 60 million tons of dust from the Sahara, rises into the atmosphere each year, creating a huge layer of hot, dusty air that winds across the Atlantic Ocean and reaches the Caribbean and South America.

Particles in the air block or reflect sunlight. In large quantities near the ground, dust degrades air quality.