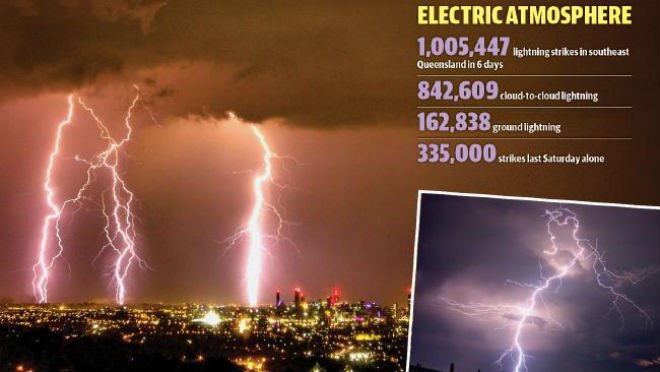 South-East Australian Queensland will receive today is the third day in a row of storms, early in the morning again the thunder and lightning. A rare early morning storms prevailed in the South-East of the state Tuesday and Wednesday, leaving thousands of people without sleep and electricity. Most of the locals were forced to Wake up at 2-4 a.m. Wednesday because of the storm.

More than one million lightning strikes ignited in the South-East Queensland since the beginning of this summer and the exciting season of storms continues. Stormy weather is expected to subside on Friday.

The disaster has caused several cases of serious injury. At least four people were hospitalized after defeats lightning.