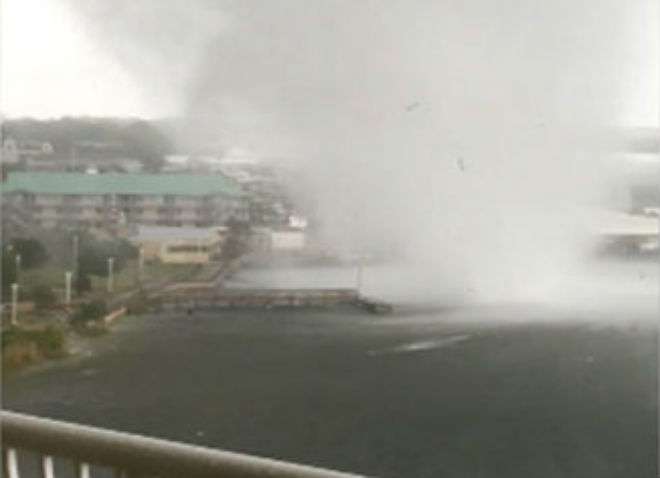 A powerful water whirlwind formed near the shores of Fort Walton Beach in the US state of Florida.

One of the eyewitnesses took pictures of his phone on the camera as a funnel formed in the ocean, then crossed the beach, again returned to the water before again striking the ground.

According to local authorities, at least five houses were damaged after the tornado hit the northern Florida settlement of Molino in the Escambia district. Several trees were also felled and power lines damaged.