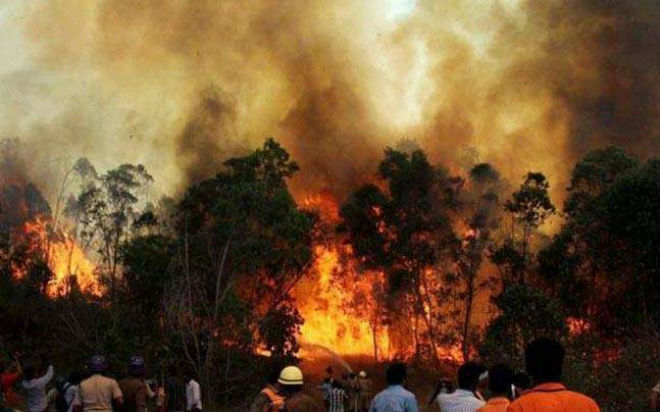 Caustic smoke from wildfires in the areas Kinnaur and Kulu in the Indian state of Himachal Pradesh in the north of the country destroyed rare species of flora and fauna, beginning to absorb mountain landscapes.

Departments of forest and fire engineering services didn’t manage to take under control wildfires in many places in Kulu, the situation only worsens, and the smog not only limits visibility, but also causes problems with health in locals.

The city of Shimla, the capital of the State of Himachal Pradesh, was covered with a smog on Wednesday because of ignitions. In Kulu air traffic because of poor visibility is broken three days in a row. The director of the airport Sharma reported that the situation isn’t caused by the natural phenomenon as fog, smoke from the fires is guilty. 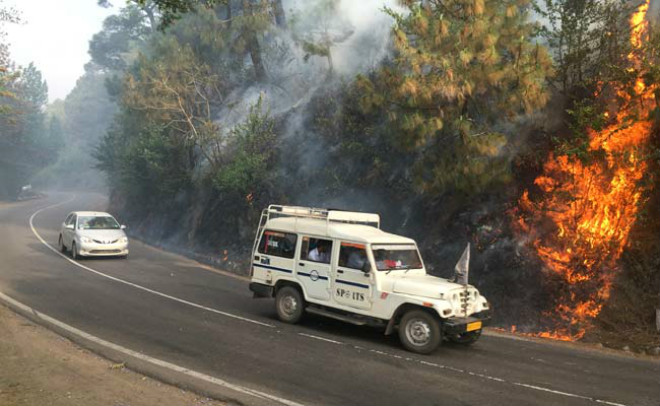 Hundreds of trees are destroyed, wildfires also destroy the native habitat of wild animals and kill them. Many locals began to call in question actions of administration which fights fire by obsolete methods.

At the same time, one more fire in the woods shipped the city of Manali in darkness. Forest ignitions are fixed in Parvati, Hurl, Pandurop’s valleys and in many other places in recent days. The fires generate tons of carbon and other poisonous gases. Now many people complain of irritation in a throat and eyes.