Primorye and Khabarovsk Krai of Russia went under water 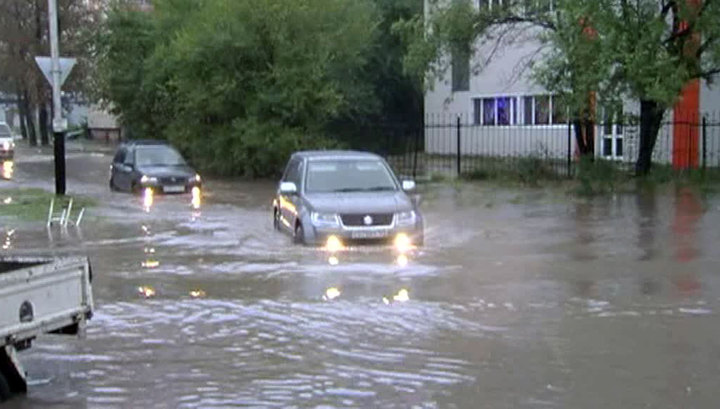 The far East cope with the effects of torrential rains that brought in the region of typhoons Lionrock and Simteam. For a few days at the seaside edge of fell to four monthly norms of precipitation.

Last time this intensivnostei rains were observed over seven years ago. In most areas of the region entered emergency mode. In the water were hundreds of hectares of land, four thousand houses destroyed and washed out roads. Was also damaged dozens of bridges.

From the Federal budget on restoration of infrastructure of the region will direct 718 million rubles. Another half a billion will seek the local administration. Today the Legislative Assembly of Primorsky territory will solve a question on payment to people who because of natural disasters were left homeless. For help until asked 79 families.

All efforts are aimed at normalizing the situation. In Primorye are concentrated additional contingents of rescuers and the military. In the aftermath of the Typhoon brought almost 19 thousand people, aircraft and heavy machinery. Military transfer to the area of flooding food, medicines and drinking water.

That night the rains hit the Khabarovsk Krai. The water left the pavement, parked cars and tram tracks. Today in Khabarovsk, according to meteorologists, heavy rain will be gone. The only thing that is dangerous is the wind. His gusts could reach 18 meters per second.

And today a Typhoon waiting on the island. In the night of Wednesday, there is forecast heavy rain and wind. Declared a storm warning. Under the most pessimistic forecasts, the island may fall to 50 millimeters of precipitation. Meteorolgy do not exclude: the following after the rains the day the water level in the rivers of Sakhalin could rise by two meters. There is a risk of new floods, mudflows and landslides. In connection with the impending cyclone on the island suspended rail service. The restriction will run until September 7.