Published video of the “raging” volcano in Japan 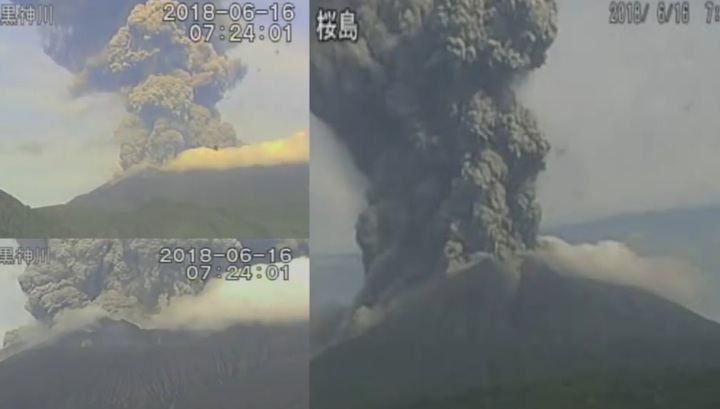 Eyewitnesses post video footage from the network that captured the ash outbreak that occurred on Saturday, June 16, on the island of Kyushu in south-western Japan.

As a result of the activity of the Sakuradzim volcano, whose height is a little over 1.1 kilometers, a nearly five-kilometer column of ash appeared that covered nearby settlements.


“Meteorologists have recorded an eruption of an” explosive nature “at 07.20 (01.20 Moscow time), a pyroclastic flow is observed in the area of ​​the vents on the western side of the volcano, and large stones were ejected at a distance of 800-1,000 meters from the crater, specialists continue to monitor the volcano.

At present, the third level of danger out of five is declared in the region.