Puerto Rico a year after the hurricane “Maria” 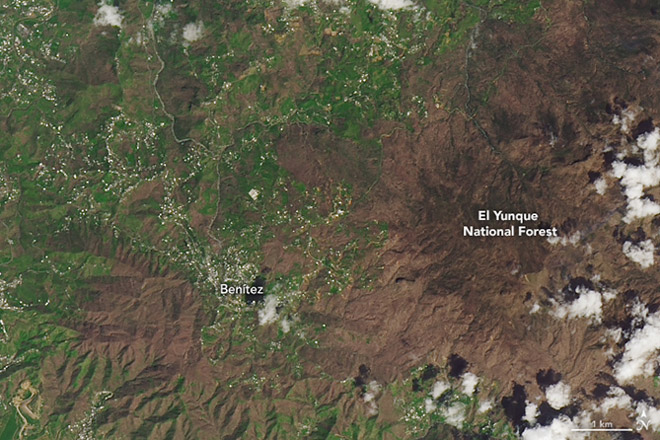 Night satellite images after the hurricane showed that most of Puerto Rico was plunged into darkness. The state power grid was completely out of order, as the element knocked down 80% of the pillars. Only 5% of inhabitants had cellular communication, and only 20% had water in their homes. Hundreds of thousands of houses were damaged or destroyed. Most of the roads became impassable. A third of the forest areas of the island was empty.

A year later, many things were restored, although serious problems remain. The supply of electricity has been resumed, albeit with interruptions. Mobile phones and drinking water systems are working again. The economy shows signs of growth. Forests came back to normal.

A pair of images obtained by the satellite Landsat-8, shows the western part of the National Forest of El-Yunk on October 12, 2017 (from above) and September 13, 2018 (from below). Hurricane ruined and seriously damaged from 21 to 33 million trees throughout the island. But field studies have shown that 87% of tree trunks are preserved, so many forests recovered quite quickly. 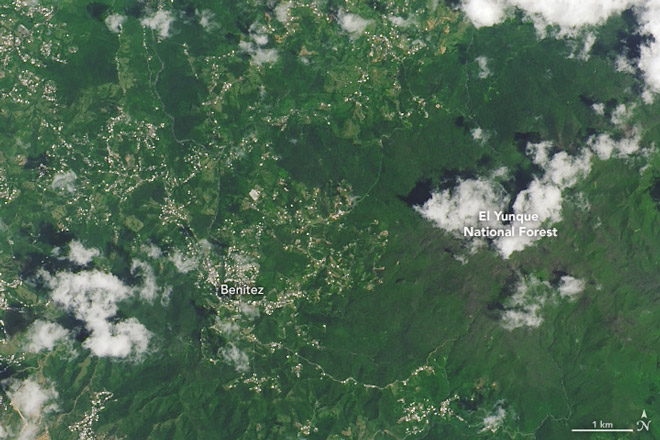 In other areas, progress has been slower. Within a year after the impact of the disaster, the Federal Emergency Management Agency (FEMA) and the US Engineering Corps (USACE) provided 126,000 blue tarpaulins and 60,000 temporary shelters with blue roofs for people waiting to repair their damaged houses. In many areas, these bright roofs are still visible everywhere.