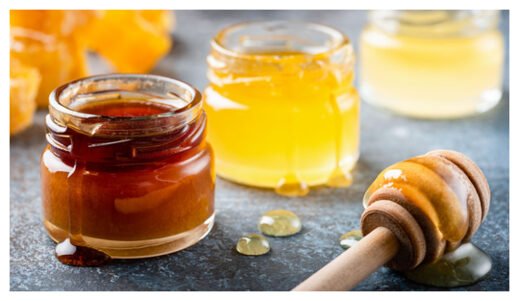 The effects of nuclear bomb tests in the 1950s and 60s are being found in US honey, according to a new study. While radioactivity levels are not dangerous, they could have been much higher in the 1970s and 80s, the researchers say.

“It’s really incredible,” says Daniel Richter, a soil scientist at Duke University. According to him, the study shows that the fallout “still exists and is disguised as a basic nutrient.”

After World War II, the United States, the former Soviet Union and other countries detonated hundreds of nuclear warheads in ground tests.

Bombs threw radiocesium – the radioactive form of the element cesium – into the upper atmosphere, and winds scattered it around the world before it fell from the sky as microscopic particles.

However, the spread was not uniform. For example, much more rainfall fell on the east coast of the United States due to regional winds and precipitation.

Radiocaesium is soluble in water, and plants can mistake it for potassium, a vital nutrient with similar chemical properties.

Scientists collected 122 samples of locally produced raw honey from across the eastern United States and tested it for radiocaesium.

They found it in 68 samples at more than 0.03 becquerel per kilogram – about 870,000 radiocaesium atoms per tablespoon. The highest level of radioactivity was found in a sample from Florida – 19.1 becquerels per kilogram.