Rain and hail fell on Georgia 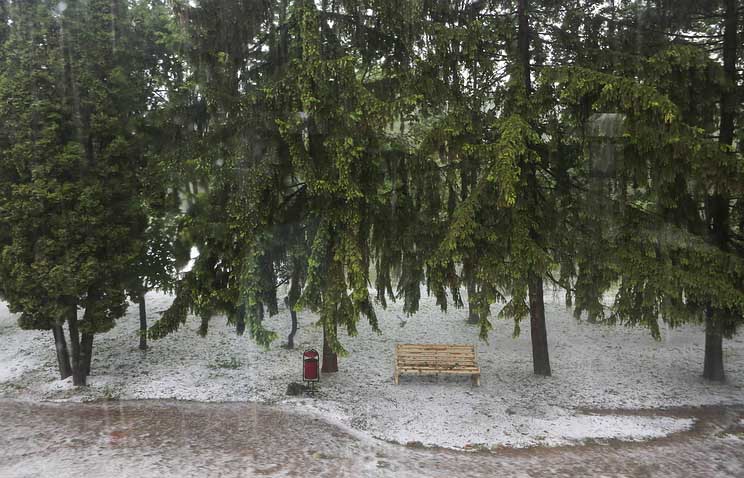 Strong hail and torrential rain hit last night on most of the territory of Georgia, causing serious damage how individual regions and the world-famous resort of Borjomi. As reported in the municipality of the resort city, the downpour created a lot of problems.

“Flooded streets, basements and first floors of buildings in several areas of the city. Gutters on the streets not cope with the large flow of water, the resulting water level on the sidewalks and the roadway several streets has risen by almost 40 cm,” – said in the municipality of Borjomi, noting that still works on pumping water from the basements of private and multi-storey buildings.

According to local administrations, the hail that fell in several villages Hasanskogo district in Central Georgia caused damage to farmlands and orchards, damaged roofs and Windows of cars.

A similar situation exists in the Gori district in East Georgia. Particularly affected residents of the village Kvareli, where element destroyed almost 80% of the crop. There’s the hailstorm lasted only 10 minutes, but, according to eyewitnesses, was so large and intense that it broke the vineyards and fruit trees.

Fortunately, as a result of rampant disaster in any of the regions of Georgia there have been no casualties. The special Commission started to count the damage, after which they will decide on the provision of assistance to the affected farmers.