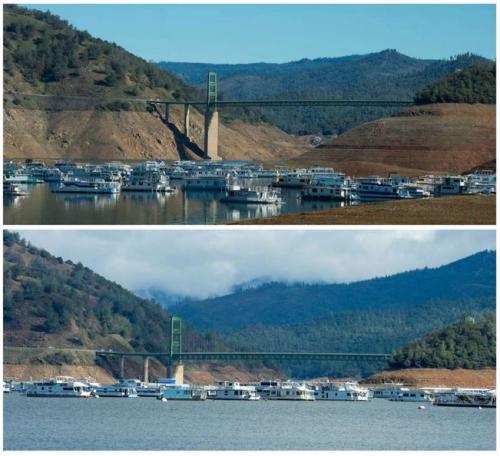 After several weeks of heavy rains, the drought in California is almost gone. Federal Committee on drought reported that drought at the moment, suffering only 17% of the territory of California.

This is almost the opposite of the situation at the beginning of the rainy season in October last year, when drought was observed in 84% of the territory of the state. According to the Committee, Northern California is completely free from drought.

In most of the areas still suffering from drought, it is classified as “moderate” and others as “serious”. The two highest drought categories, “extreme” and “exceptional” in the territory of the state is not observed.