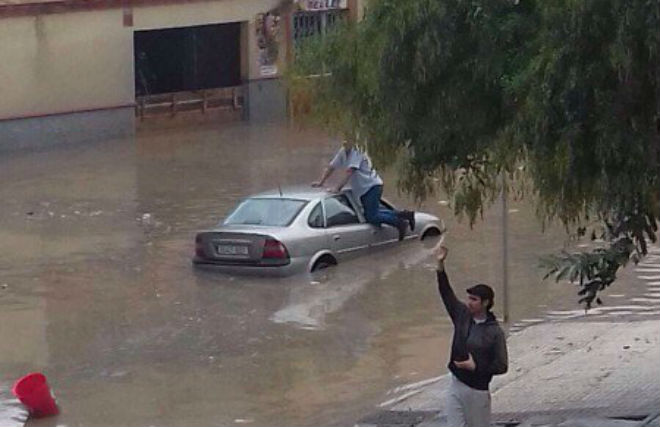 In some villages in just 24 hours between 21 to 22 October fell more than 60 mm of precipitation. So, on the locality of carrión de Los céspedes the province of Seville fell 85.4 mm of precipitation, on a Rota, Cadiz — 120 mm of rain. As the result of bad weather were flooded roads, houses, underground passages and tunnels.

According to the emergency service of Andalusia, one person was killed, his car was swept away by flood waters near the town of DOS Hermanas, Seville. The incident occurred in the afternoon of October 22. The victim’s body was found 15 meters from his vehicle.

Two people, whose cars were also swept away by flood waters, rescuers managed to save. Only emergency services during inclement weather call received 562 requests for assistance from local residents.