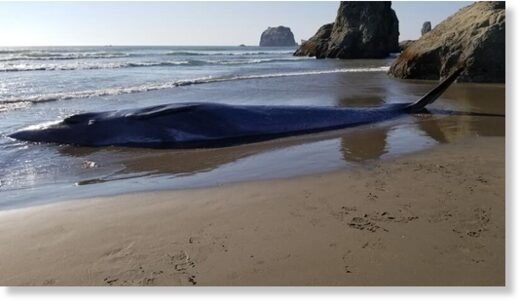 An unusual, very rare whale was thrown onto the beach on the southern coast of Oregon. Keith was still alive, but died soon after. Sei whale is the third largest after blue whale and fin whale.

Seiwal lives in colder waters far to the north and especially in the North Atlantic. This may be one of the very few documented sightings of this whale off the Oregon coast.

The dead whale is a young male.

Scientists estimate that there are about 8,600 individuals in the North Pacific Ocean, which is only 20 percent of their original population in this area. The reason for the decline in the population was whaling, which “for scientific purposes” is conducted by Japan and Iceland.