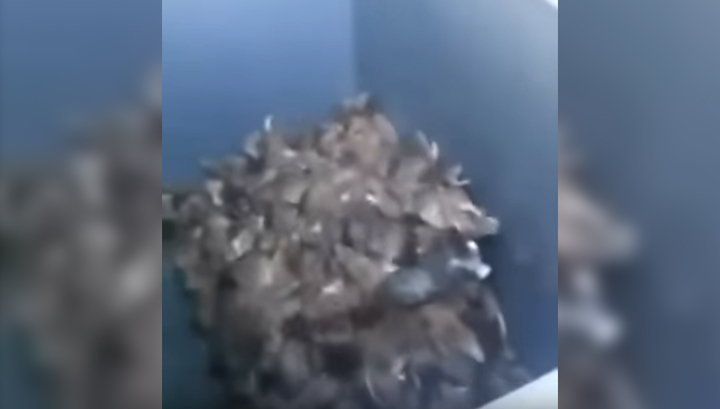 Residents of the French capital are attacked by hordes of rats. Local scavengers refuse to go out to work because the rodents jump out of the tanks. Employees of municipal services have published a video on which the dangerous animals that have settled in the container are imprinted.

On unpleasant shots, it is captured how the hordes of rats move and climb each other, trying to get out of the container. The video was filmed next to the Orsay Museum on the Seine coast.

According to the author of the video, a few days before this video was shot, a man and his colleagues were attacked by rats.

“One of them jumped on our neck and the other clung to his hand, after which many of us are afraid of approaching the containers,” the Frenchman said.

The authorities in Paris say that they are aware of the situation and are trying to fight it. Deputy mayor for cleanliness Mao Penin noted that 1.5 million euros were allocated to fight rodents. However, in all likelihood, this is not enough.