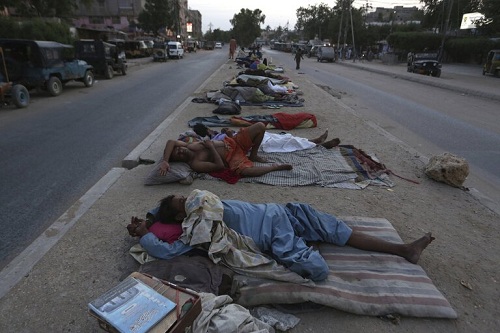 Temperatures in the Middle East have surpassed 50 degrees. Several countries have set all-time national records amid a debilitating heat wave that has brought temperatures to the region about 15 degrees above normal.

Such episodes of extreme heat are becoming increasingly common as climate change continues. The Middle East is already one of the hottest regions in the world.

Temperatures in excess of 50 degrees can warp railroad tracks, soften asphalt, and increase the takeoff distance of airplanes. Heat is the deadliest type of weather, and the death toll from it surpasses such well-known disasters as hurricanes, tornadoes, floods and wildfires.

Climate historian Max Hererra tweeted that “the Middle East and Central Asia are under the harshest heat wave in history for this time of year.”

There are even studies suggesting that parts of the Middle East may become uninhabitable as ambient temperatures continue to rise and extremes become more frequent. This is especially true in the Persian Gulf, where coastal humidity can be combined with exceptional temperatures.