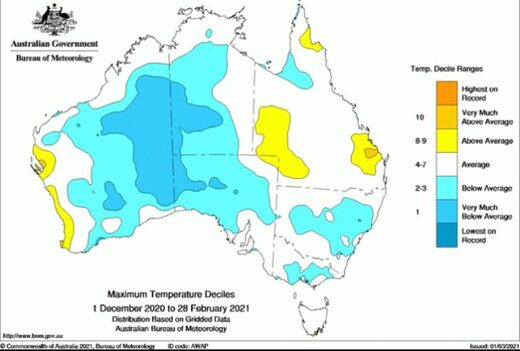 This summer in the southern hemisphere has become abnormally cold, according to the Bureau of Meteorology (BoM). The eastern Australian state of New South Wales (NWS) has its coldest summer season since 2011.

The average temperature of New South Wales in the summer of 2020-2021 was the coldest on record since 2011.

Australia is returning to its climatic conditions of early 1900.

Historical documents have warned us over and over again that the prolonged decline in solar energy correlates with the devastating impact on the regional climate and, in turn, on the food production systems that existed in the civilizations of that time.