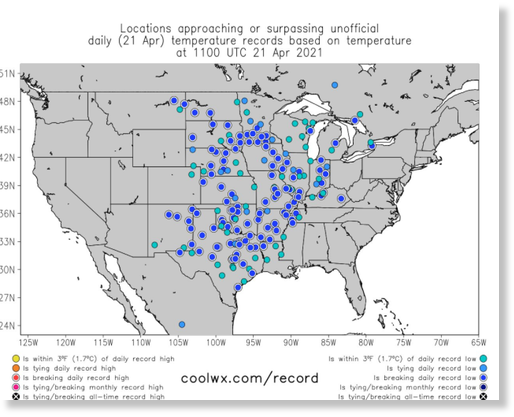 An unseasonably cold temperature has been recorded from the Canadian-American border in the south to Texas and even as far as Mexico. In many states in the central US, temperatures have dropped more than 20 degrees below average.

“An unusually cold front moved into the central US earlier this week, spilling Arctic air across the plains, the Midwest, and the Tennessee Valley. By Wednesday morning, record low temperatures were reported. ”

BAMWX meteorologist Kirk Hinz wrote that cold air stretches from southern Canada to Mexico on Wednesday morning. He published a chart of dozens of locations in the central US that set various record cold lows (some of them daily and / or monthly).