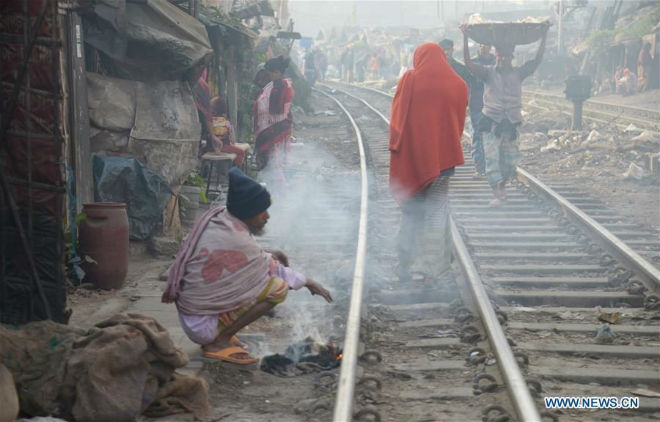 The state of Bangladesh, which is characterized by a subtropical climate, has reached record colds. As a result of a cold snap, at least nine people were killed.

In some areas, thermometer bars dropped to +2.6 ° C, which is well below the average for this time in a country with a population of 160 million people who are used to milder winters.
As the head of the Meteorological Department of Bangladesh Ahmed Shamsuddin noted, this is the lowest temperature since the beginning of meteorological observations in 1948. The previous record of +2.8 ° C was registered in 1968.

From the cold wave, the northern regions of the country suffered most severely. The coldest temperature was recorded in the border town of Tetulia, about 400 km north of the capital of Dhaka.

One local television station reported that at least nine people were killed because of the cold, including six in the northern Kurigram district in the Rangpur area.

The authorities distributed at least 70,000 blankets to the poor in the most affected districts of Panchagarh and Nilphamari.