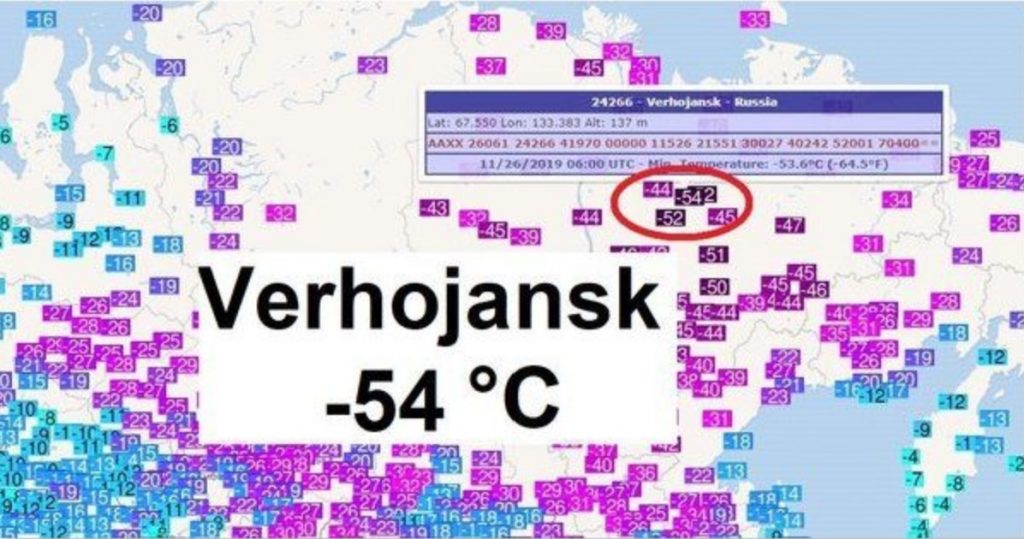 Northeast of Russia is used to cold temperatures, but they are not expected so early. Falling below -50 ° C (-58 ° F) at the end of November is quite extreme even there!

This unusual weather pattern is caused by a violation of the polar circulation, which allowed outbreaks of cold air masses to spread to the south of Russia. 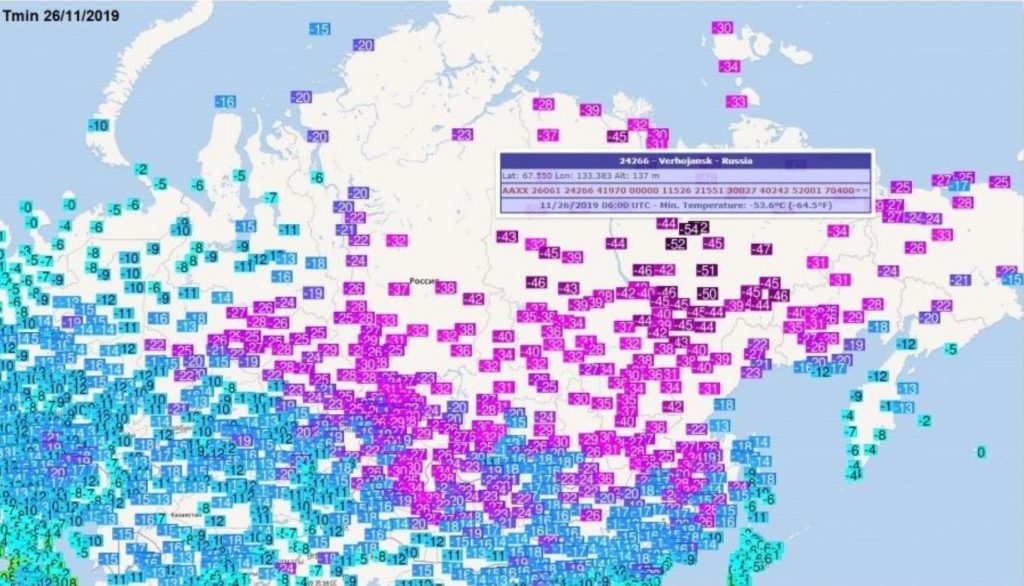 November 26th. the temperature was severely cold, especially in the north and northeast of Russia. In Verkhoyansk, it reached -54 ° C (-65 ° F).

Any other country at such a temperature would have encountered incredible difficulties, but not Russia. Here people are familiar and at -54 ° C (-65 ° F) children go to school and people work quietly, not paying attention to frost.