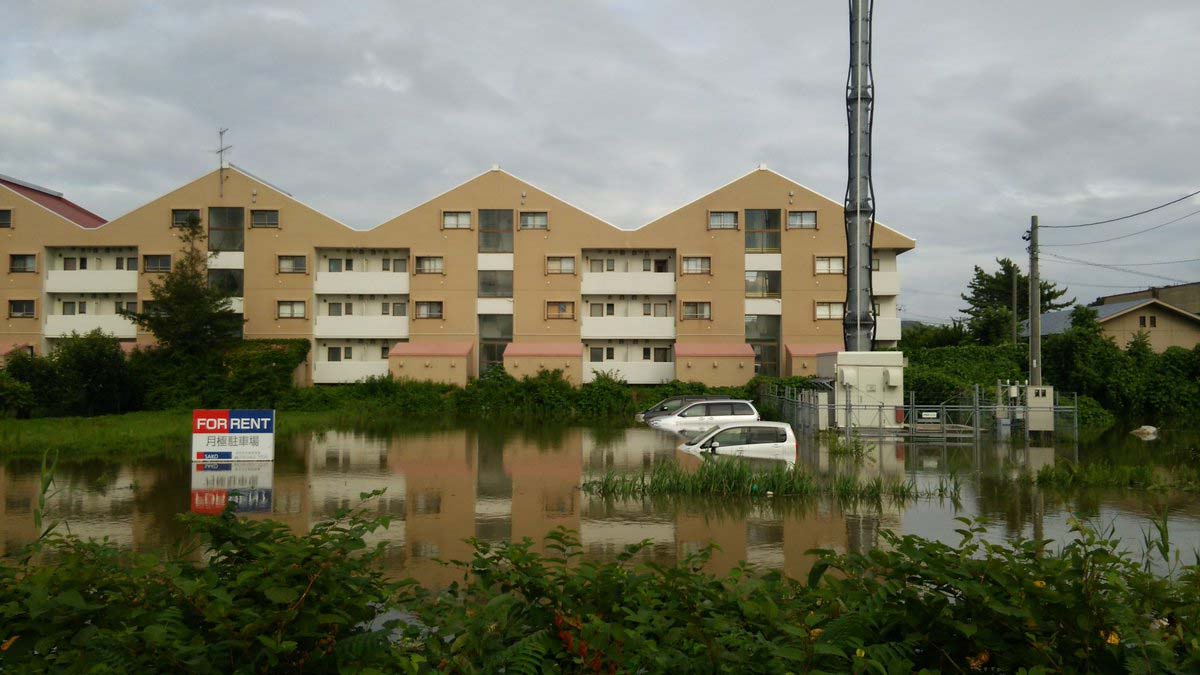 Record floods led to the flooding of almost half a thousand houses in the Japanese Akita Prefecture, according to a published Monday assessment of flood damage. Kyodo reported that 485 houses were flooded in 17 Akita municipalities. Floods and rains have led to disruptions in the work of the railway transport.

The NHK television channel showed footage of flooded roads, fields and hothouse farms, collapses of railway fortifications in this prefecture.

In early July, floods and landslides in the prefectures of Fukuoka and Oita led to the death of 32 people, another ten are reported missing. The number of precipitations dropped there only in the first day exceeded the monthly norm of July, the rivers were overcrowded and turned into turbulent streams sweeping away everything in its path.