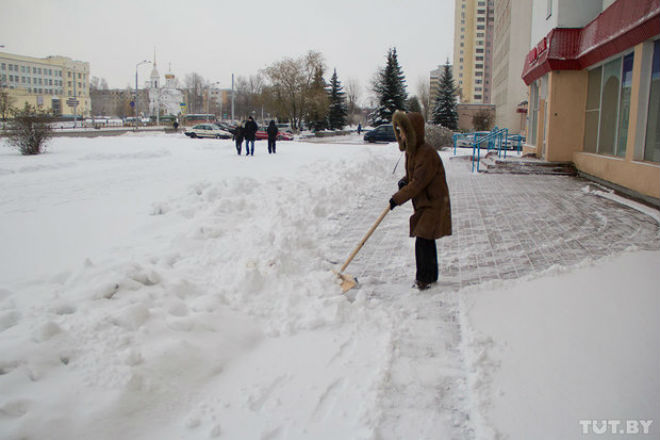 Vitebsk region of Belarus covered a record for this time of the year snowfall. Not many locals have seen so much snow in early November.

Over the past day poured a lot of snow, snow depth was 26 cm in ezerishe the village of Gorodok district. In Vitebsk piled up in some places 16 inches of snow. This level of snowfall more appropriate to January than November. Wednesday, November 10, in Vitebsk beaten “snow” record almost 70 years ago, on this day in 1947, the height of the snow cover in the regional center made up of 11 cm.

Note, due to heavy snowfall in the night of Thursday, 48 settlements of the Vitebsk region remained without electricity. This week, winter weather will prevail in most parts of the territory of Belarus, but the anomalous precipitation is not expected clear