Record the CO2 concentration in the Earth’s atmosphere 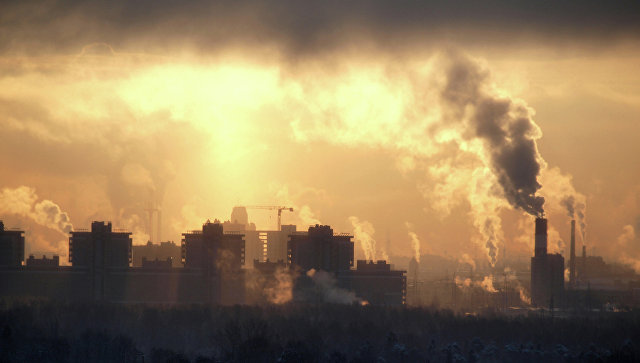 The average concentration of carbon dioxide in the Earth’s atmosphere increased to a record level in 2015-2016, reaching a significant value of 400 parts per million, according to the annual Bulletin of the world meteorological organization (WMO) on greenhouse gases on Monday.

According to the WMO CO2 levels had previously reached the threshold level of 400 parts per million in certain months of the year and in certain parts of the world, but never before has this level was not observed in the global average scale for an entire year. According to forecasts monitoring station greenhouse gases at Mauna Loa (Hawaii), the CO2 concentration will remain at a level above 400 parts per million throughout 2016, and will not fall below this level during the life of many generations.

The reason for such a jump in CO2 meteorologists call a powerful phenomenon El niño, which was the impetus for the development of droughts in tropical regions and decrease in the ability of forests, vegetation and oceans to absorb carbon dioxide. These sinks currently absorb about half the CO2 emissions, however, there is a risk of saturation which will lead to an increase in the share of carbon dioxide emissions that remains in the atmosphere.

In addition to reducing the capacity of vegetation to absorb CO2, El Nino also led to the increase in carbon dioxide emissions as a result of forest fires. CO2 emissions in Equatorial Asia, where in August-September 2015 in Indonesia experienced large-scale forest fires was more than twice higher average values for the years 1997-2015.

Without solving the problem of CO2 emissions we will not be able to solve the problem of climate change and keep temperature rise to below 2 °C in comparison with the values of the pre-industrial period. In this regard, it is crucial that the Paris agreement came into force with significant ahead of schedule on 4 November, and also that we have accelerated its implementation, — said the Secretary-General of WMO, petteri Taalas, commenting on the data published in the WMO Bulletin.

Carbon dioxide accounts for about 65 % of the total radiative forcing by long-lived greenhouse gases. The level of CO2 concentration in preindustrial level was 278 ppm. The increase in the average annual concentration of CO2 in 2015 amounted to 144 % from pre-industrial levels, reaching 400 parts per million. The increase of CO2 from 2014 to 2015 was greater than the average for the previous 10 years.

The second most important long lived greenhouse gas is methane. It accounted for approximately 17 % of the contribution to radiative forcing. Currently, his concentration is 256 % from pre-industrial levels. The concentration in the atmosphere is the third greenhouse gas — nitrous oxide – in the past year amounted to about 328 parts per billion, which is 121% of pre-industrial levels. Nitrous oxide also plays an important role in the destruction of the stratospheric ozone layer that protects us from the harmful effects of UV sun rays.

Meeting UNFCCC COP3 100year secure storage as CO2 sink demands serious Nature Science evidence. It also critical that no local global patent ever be granted for vegetation to act as a CO2 sink. Lowering Global CO2 to reverse the impact of anthropogenic climate change demands all nations agencies work a one to return the planet in 100% natural working order to the historians of tomorrow! It is equally critical if you have, the God given expertise to participate in lowering CO2 via UNFCCC COP3 100year rule and like, that you take extreme care as to whom you discuss such plans. Recently I had firsthand experience of such wherein following general discussion with parties showing interest in lowering global CO2, a patent was put forward for a specific species as CO2 sink. The genus of many plants, some sequester CO2 and others (about 96% of Earths vegetation), take their biomass carbon and elements (like most trees) from the soil, hence it may be claimed they store carbon, but, they took it from the soil. Replicating Mother Nature and her billions of years of expertise demands, serious dedicated science study, verification, and then certification via UNFCCC to qualify as CO2 sink. Lowering anthropogenic CO2 must be a United Global Nations’ undertaking! Remember the Historians of Tomorrow have their pens poised watching this our generations efforts to return EARTH in 100% working order to them. UNCCC COP21/22 now 18-19 years following COP3 arrived at the same conclusions (as COP1-2-3) climate will rise unless, a united Global Nations’ plan as outlined COP3 is administered by a re-charged United UN Management! Without prejudice Robert Vincin…………………………………Viva Earth and her baseline Assets Soil-Water-Vegetation-Atmosphere-Bees!
*Vincin; Former Branch Secretary to Hon John Howard 95-99 showing him how to win greens PM-ship!
*Wrote Direct Action for Tony Abbott (Adelaide Review June 96) he PM 2013-
*UN USG invited me 96-99 to join the panel that prepared science Kyoto Protocol. Travelled the globe to meetings side toured to desert/poverty regions.
*2005-Invited Foreign Expert PRC Central Government advising 7 Ministers, 9 Governors, teach Law, Science, Agriculture, Forestry at Peking et al Universities. Leading in field physical growing soil soil-carbon food fodder forestry funded by UNFCCC CO3 offset trading to UNFCCC 100year rule! PRC 2020 lower8Bn T CO2 pa.
*Recipient Genghis Kahn Peace medal 2008 teaching growing soil roof of the world.
*October 2016 Invited by Global Energy Award Foundation to submit to 2017 award!
See Facebook Google Twitter https://www.youtube.com/watch?v=YbI8YZmBP8g