Recorded a record number of earthquakes in Yellowstone 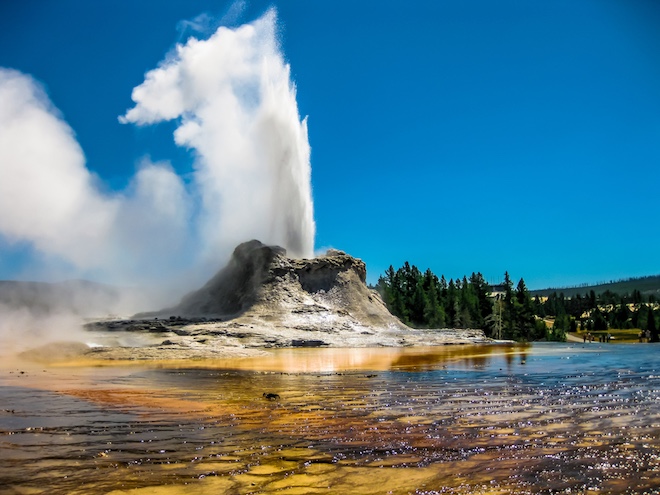 A series of earthquakes in the Yellowstone National Park of the United States has become one of the longest in history. Earthquakes began on June 12 and do not stop until now. Over the past three and a half months in the western part of the park, there were about 2500 shocks. This value is close to the record, when over three months there were more than 3000 earthquakes.

The monthly report of the US Geological Survey (USGS) on seismic activity in the park reported that 115 earthquakes were registered in September. Of these, 78 were part of a continuing swarm 10 kilometers north of West Yellowstone. The most powerful event in the swarm occurred last month, its magnitude was 2.3.

Earthquake swarms account for about 50% of the seismic activity recorded in Yellowstone. Roy called a series of earthquakes that occur within a few weeks or months without a clear sequence – unlike traditional earthquakes, when there is a major event followed by a series of aftershocks.

Mike Poland, one of the leading scientists of the Yellowstone volcanic observatory in the USGS, notes that it is still too early to talk about the end of the swarm, although seismic activity has sharply decreased since August.

According to him, the actual number of earthquakes that took place is difficult to establish, because earthquakes can occur simultaneously or be too weak for the devices to fix them. But there are ways to retrospectively look for these events, and, possibly, after checking, it turns out that there were many times more of them than was originally reported.

“This is the work that we will do in the coming months, when we collect all the available data and begin to analyze them,” says Poland. – At the end of September, the University of Utah stations recorded 2,475 earthquakes in the swarm. By its activity, the current swarm is close to the swarm of 1985, during which over 3,000 localized seismic events occurred within three months. “