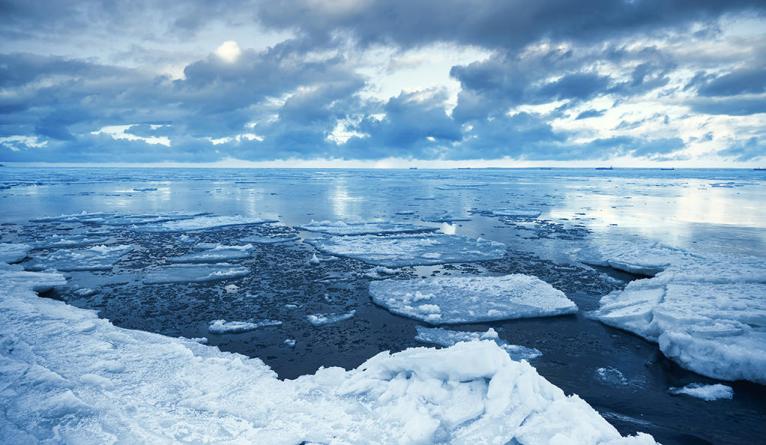 Scientists from Yale University and the University of Southampton say that the continued shrinkage of Arctic ice can play an active role in changing one of the largest water circulation systems – the Atlantic Meridian Back Flow (AMOC), otherwise known as thermohaline circulation.

The bottom part of AMOC consists of dense cold water that flows to the south from the North Atlantic, and the upper part – from warm salt water, which flows north from the South Atlantic as part of the Gulf Stream. AMOC plays an important role in the regional and global climate, affecting the countries of the Atlantic Ocean, especially in Europe, and influencing far beyond its borders. The catastrophic consequences of its termination were shown in the film “The Day After Tomorrow”.

Earlier this year, in another study, also conducted in Yale, it was pointed out that the AMOC system was not as stable as previously thought. In this study, it was said that the possibility of destruction of AMOC under conditions of global warming is significantly underestimated.

In the latest study, scientists have found a new relationship between sea ice and AMOC – its reduction, undoubtedly, can become one of the mechanisms that can contribute to the collapse of AMOC. The researchers based their conclusions on a combination of complex modeling of climate models and new calculations of the sensitivity of ocean circulation to variations in temperature and salinity on the ocean surface over time.

As a result of the simulation experiments, scientists noted a potential loss of 30 percent to 50 percent of the AMOC force due to reduced sea ice in the Arctic. This is a significant amount that will accelerate the collapse of AMOC.

Researchers believe that changes in the Arctic in the form of a reduction in the sea ice cover, which is now observed, are the most effective way to weaken the large-scale ocean current in the North Atlantic, which is responsible for oceanic heat transfer from the equator to high latitudes.

The study was published in the journal Nature Climate Change