Reduction of smog in America has slowed down significantly 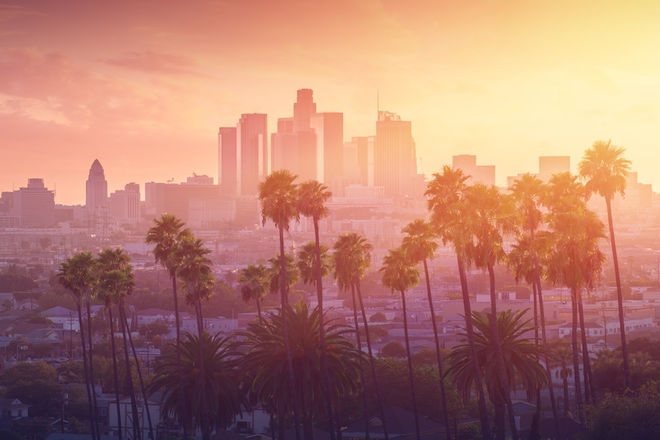 In the 1950s in Los Angeles there were mass protests of residents against the dirty air in the city. Smog over US cities was mainly due to car exhausts and intensified over the next decades, until the US Environmental Protection Agency (US EPA) was established in 1970 and the US Clean Air Act was passed, which was subsequently revised several times and refined. As a result of these actions, air quality has improved significantly since the 1970s and 1980s.

However, according to a new study published in the American journal for the publication of original scientific research in various areas of Proceedings of the National Academy of Sciences, the reduction in one of the main components of smog, nitrogen oxide, significantly slowed in the period from 2011 to 2015. The reason for this slowdown is unclear.
High concentrations of nitrogen oxides in the air, which under the influence of sunlight create smog, in 2011-2015 were reduced by about 75% slower than in 2005-2009.

According to a new study by the American Association of Lungs, so far many Americans are exposed to too high a smog level. Among the leaders in the most contaminated US regions are the agglomerations of New York and New Jersey, and 8 cities in California. The lifespan of millions of people from these cities is declining because of the poor quality of the air, which spoils their health in two ways.

One of the bottoms is harm to the lungs and difficulty breathing. The second is heart problems caused by small particles in the exhaust of cars, leading to densification of the walls of the heart arteries.
Helen Warden, a scientist from the National Center for Atmospheric Research, says that even satellite imagery showing levels of nitrogen oxides in 2005-2009, and 2011-2015, look quite different.

Initially, Warden and her team believed that the blame was all the emissions from China that reached the shores of the US, but “this was not confirmed by the data,” since in this case more nitrogen oxides would be released from the West Coast of the United States, and not from the East Coast. That is, it means that the reason must be sought inside the country itself.

On the one hand, it is possible that cars, especially sports, are still to blame, which are still very popular. On the other hand, today, thanks to the appearance of a catalytic converter of exhaust gases, the exhausts from cars have significantly decreased.
Another possible reason is industry. In 2007, there was an economic recession, many production stopped, which means that emissions into the air were reduced. In 2011, the economic recovery began, and production again went full steam.

In any case, further research is needed to determine the exact cause. With Trump coming to power, this becomes more difficult, as his administration proposed introducing standards of “transparency” in such studies, which is almost impossible, since they contain personal data of patients that can not be published.

In general, despite the fact that over the past decades, air quality in the US has improved significantly and continues to do so, the problem is still far from being resolved. And even if I could visibly decreased, this does not mean that he stopped causing harm to people’s health.