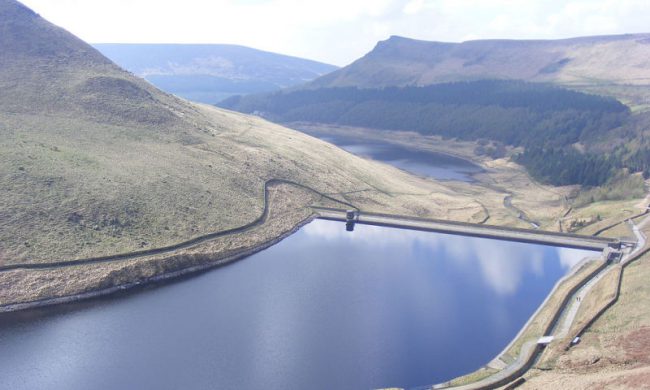 It would seem that something that should not only benefit mankind, but to help keep the already fragile climatic balance on the planet, actually causes serious harm to the environment. Dams and reservoirs that we use for environmentally friendly production of electricity and irrigation of our crops, actually emit catastrophic amounts of greenhouse gases into the atmosphere. As pointed out by recent studies, every year these objects release a gigaton of these harmful substances. This, for a moment, more than the emissions in Canada.

Scholars interested in quantitative evaluation of the environmental effects of greenhouse gas emissions and examine the relationship with an artificially created reservoirs since the beginning of 2000-ies. Most of the research in this regard has focused on one particular type of reservoirs – those that are used for the production of electricity, as well as one or two kinds of greenhouse gases. However, within the conducted by researchers from the University of Washington studies the monitoring was conducted on different types of artificial reservoirs and concentrations of heat-trapping particles. The results of this analysis, which will be published next week in the journal Bioscience, to put it mildly, shocking.

It all comes down to the fact that the total volume of emissions from different types of reservoirs which are used from the production of electricity and ending with irrigation, is about 1.3 percent of total global emissions into the atmosphere, which is much higher than the previous calculations. The main greenhouse gas, according to this study, is the methane.

“We have always assumed that the main amount of the methane, but we were very impressed with how serious it is,” says the study’s lead author Bridget Dimer.

“Its volume is up to 80 percent of the level of greenhouse gases in the atmosphere all these reservoirs.

Methane is a major greenhouse gas whose greenhouse activity in the run up to 84 times higher than carbon dioxide. The main reason why the reservoirs are real greenhouses, is how they are built. When carbon-rich soils are flooded, they are very quickly exhausted the oxygen supply, which promotes the growth of microorganisms that produce methane as a by-product. For the same reason, there are often marshes have a fetid odor: they literally teeming with bacteria, producing methane.

“We found that the level of methane emission per unit area of reservoirs is about 25 percent higher than earlier calculations. We believe that it makes a huge difference, especially considering the current boom in the construction of various dikes and dams that occur around the globe,” commented the Dimer.

It should be noted, that this opening has to be very helpful. Especially if to consider that now world leaders are on the way of ratification of the agreement from which to start decarbonization of the global economy. Given the new facts we will be able to choose the best strategy and make the most effective decisions that will reduce emissions of greenhouse gases in the atmosphere.

Of course, this does not mean that we should immediately shut down all hydro and dry all reservoirs. However, it is important to take into account the fact that their contribution to the overall rising emissions and to find appropriate measures that will reduce these emissions. In any case, the challenge was much harder than we thought.