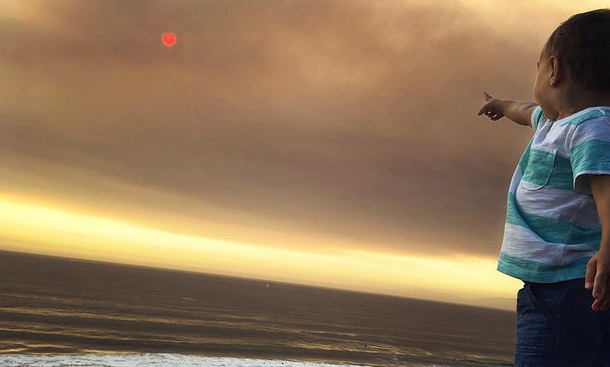 Residents of Los Angeles massively spread in social networks photos of the blood-red sun hanging over the city this weekend. Some of the witnesses thought that the light could Herald the Apocalypse.

Unusual red color of the sun and around its border are connected with the fact that the sky over California are blinded by the smoke from the fires that are raging in the suburbs of Los Angeles. Over the disaster area raised a cloud of thick smoke. 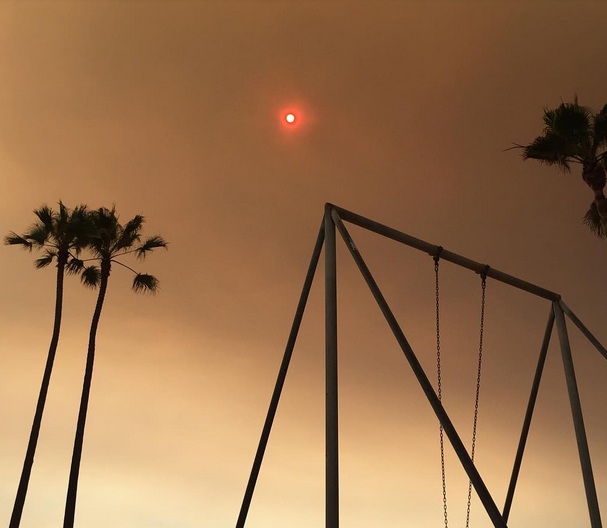 According to recent reports, the fire killed at least one person, destroyed about 20 houses. The fire covered more than 22 thousand hectares of land. Caught in the area of the possible spread of fire, local residents evacuated to spelpunt, organized by the Red Cross.