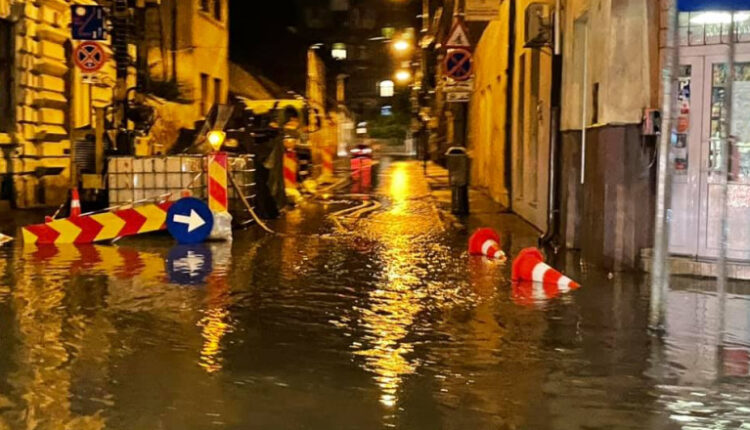 Several neighborhoods in Cluj-Napoca and neighboring towns were hit Sunday night by a violent storm with hail. Dozens of firefighters spent all night cleaning up trees fallen by the storm.

Power went out in several homes. By midnight Sunday through Monday, the Cluj Inspectorate of Emergency Services (ISU) had logged 80 calls with 11 crews of 30 firefighters.

Firefighters received more than 150 requests from the city of Cluj-Napoca to remove fallen trees, roofs, damaged building elements or damage to electrical and gas distribution networks. ISU Cluj crews performed more than 50 operations, to which were added the operations of the Green Plantation Service and the CERT association.

During the night, medics transported two people who suffered bruises as a result of falling building elements to the hospital for specialized care. The victims had minor injuries. At the same time, firefighters removed trees from the yard of the Hematology Department of the Oncology Institute because they were obstructing the passage of ambulance crews. The roof of Lucian Blaga Theoretical High School in the city was torn off.

The city of Craiova, southwestern Romania, also faced problems caused by extreme weather. The roof of an apartment building in the city was blown off by strong winds. A car was also damaged.